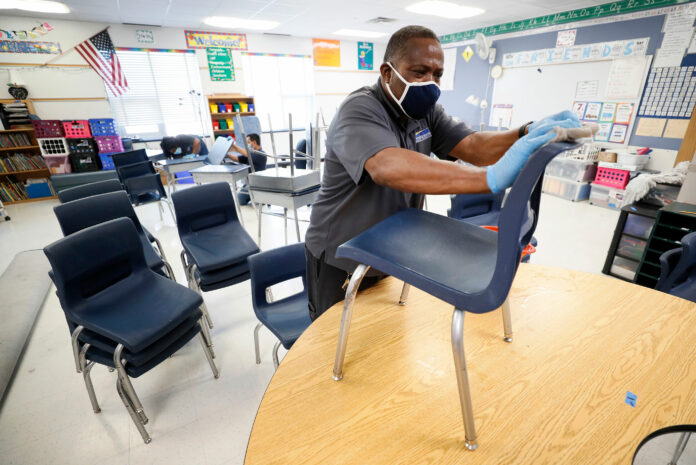 Dr. Robert Redfield, director of the US Facilities for Disorder Regulate and Avoidance, said that the rules for reopening colleges will not be revised, but more reference files will be delivered.

“Our tips are our pointers, but we are going to present more reference documents to help generally communities that are hoping to open K-by-12s,” Redfield claimed on Superior Morning The usa Thursday. “It’s not a revision of the pointers it is just to offer more details to support colleges be equipped to use the steering we place ahead.”

In response to reviews about the rules becoming too rough or impractical, Redfield said this relies upon on how the suggestions are put with each other.

“Right now, we’re continuing to do the job with the community jurisdictions to how they want to take the portfolio of advice that we have specified to make them sensible for their schools to reopen,” he explained.

Redfield described the rules as “intentionally non-prescriptive,” and claimed that the array of pointers given were to give colleges the alternative of what will do the job very best for them.

Redfield stated the CDC would work with any regional jurisdiction on how greatest to use the tips to reopen their schools in the safest way, and that it would “personally sadden” him if folks had been to use the suggestions and worries about them as a motive to remain shut.

“It’s a significant community health and fitness initiative ideal now to get these universities reopened and to do it safely and securely,” Redfield claimed.

Some context: Redfield’s reviews occur a working day after President Trump tweeted Wednesday that he disagreed with CDC pointers for safely and securely reopening schools because they are “very tough” and “expensive.”

During a press briefing a several several hours later, Vice President Mike Pence explained the CDC would challenge new guidance on reopening educational facilities subsequent week. The two he and the CDC’s director mentioned the agency’s recommendations should not be considered as a barrier to returning young children to lecture rooms.