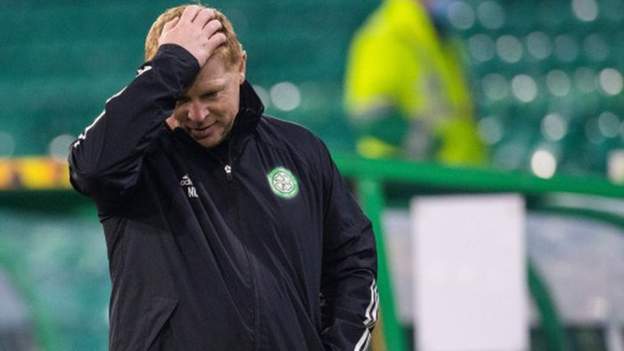 Manager Neil Lane said Celtic’s 4-1 home defeat to Sparta Prague was “unacceptable” due to “lack of appetite and application”.

Leno admitted that his side’s hopes of qualifying from Europa League Group H were “probably” dashed.

And he vowed to change the “culture” among his players and that could be achieved “very quickly”.

“This is definitely a turning point – it won’t happen again, that’s for sure,” Leno said.

They now sit at the bottom of Group H, two points behind Sparta and have six trends in leaders Lille, who beat AC Milan 0-0 in Italy.

Asked if he agrees it’s a shameful defeat, Leno said: “Yes, sure.

“It’s an accumulation of things. We need to show a little more humility and start working hard on the field of training.”

‘You can turn it around quickly’

The defeat by the leaders of the Czech Republic League was followed by a 2-0 victory over Ber Bardin in the delayed 2019-20 Scottish Cup semifinals. Lane admitted that he did not know where the poor performance came from.

“We had a good day on Sunday, a really good week, but the Hungarian team won and it’s not ours.” “We were well prepared for the game, but as a manager I have to take responsibility clearly, but the players have to see themselves as individuals.”

He thought Sparta’s defeat during his two spells as Celtic manager was “one of the poorest” but insisted: “I have bigger challenges than this. It seems like a big challenge because it exists, but I’m worse than this. Has been.

“It’s something you can change very quickly and that’s what I’ll do in the next few days.”