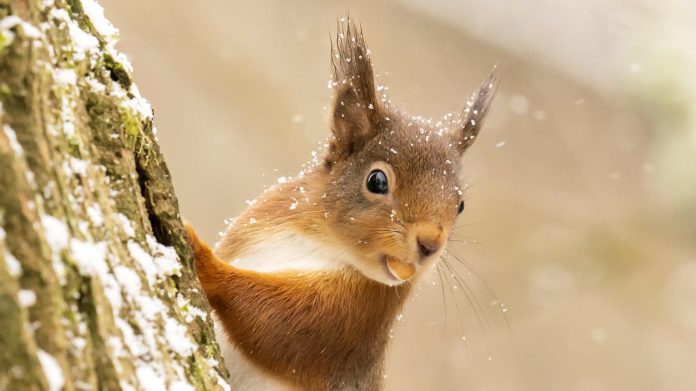 But it turned out to be more difficult than expected. Even days after the announcement, the small rodent was able to escape its captive repeatedly and was photographed through the shop window by curious visitors. “It looked very tense,” witness Shona Rollo told the BBC. “Once it got on the plank, it definitely wanted to try to escape.” A spokesman told the TV station that the squirrel had probably made a nest somewhere in the roof.

You still had to be careful when “hunting”. Even though Pitlochari is considered a squirrel hotspot, the small rodents are classified as endangered in Scotland and protected accordingly. And of course it would not help the image of the series to kill such a lovely visitor.

After four days, the company’s Twitter channel was finally able to report success. The squirrel was caught using a live trap. One video shows how an apparently frightened squirrel is released into the wild and disappears in no time. “The store is now closed for a deep clean. Then we can (hopefully) reopen squirrel-free,” the company posted along with the saga’s happy ending — along with a GIF of a squirrel exiting the store Is.