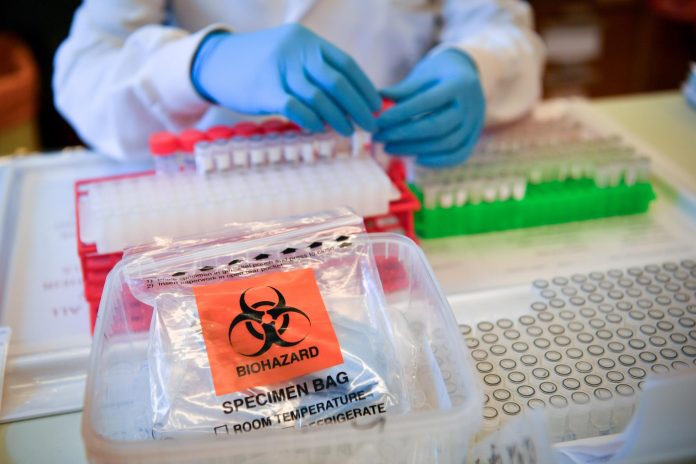 Barrow has the highest increase in coronavirus positive cases in the county.

Recent figures show that a further 54 people in Cumbria have tested positive for Covid-19.

Barrow has the highest number of 18 reported, while South Lakeland has 11.

The number of people tested positive since the onset of the epidemic in all areas of Cambria – a total of 67 to67 cases.

Two deaths have also been reported from the virus at the University Hospitals Spitals of the Morchembe Bay NHS Foundation Trust – including the Royal Lancaster Infirmary and Furnace General Hospital in Royal Rome.

One occurred on October 1 and the other patient died the next day, October 2.

The new figures come after new advice from Cumbria officials, who advised everyone in the county to hold gatherings of up to six people up to a maximum of two homes.

Given the growing number of cases in this county, this is an extension of the recommendations brought to Barrow before row row.

Barrow remains a ‘field of concern’ for coronavirus nationally.

Furnace MP Simon Fell warned that the area could be placed under local lockdown in a week or two if the case continues to spiral.

Announcing the county-wide adoption of the first advice given to Barrow residents, Columbine Cox, Cumbria’s director of public health, explained on Thursday:

“But we are not yet in the position of other areas in the Midwest and we have a small window to slow the spread, protect our communities and the local economy and avoid becoming the next area in the local lockdown.

“We know that limiting communication between homes can reduce transmission.

“The ‘two-house’ advice we are giving today does not have the power of law behind it, but we are telling everyone living in Cumbria to take this seriously and act accordingly.

“These local people are taking responsible, proportionate, steps to protect themselves, their families and their communities from the disease.”

Mr Cox added that when the first wave of the Covid-19 virus arrived, a similar pattern spread across the county with “increasing speed”.

Addressing residents, he said, “Washing hands, covering face and following the ‘two-house’ advice with social distance may make a difference, but we all need to pay attention and take action.” ‘