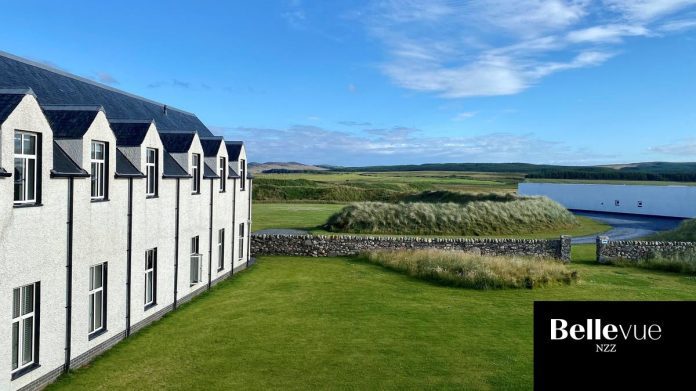 Scotland is known for weird English, hard drinks and frequent rains. But the region to the north of the United Kingdom offers even more – and especially in culinary terms. You just have to dare to climb into the little machines and look behind the scenes.

There is a problem with the flight from Glasgow to Islay. The engine doesn’t really want to start, the pilot tries it over and over, then calls the technicians for help. Would a flight to the southernmost and possibly most beautiful island in the Inner Hebrides, which takes less than 30 minutes, still work? Spending the night in Glasgow or Edinburgh wouldn’t be a bad idea, but Islay, home of the famous peat whisky, is a must.

Whiskey is the common thread running through the culinary culture of Scotland. You meet them everywhere: in bars of big cities, in country pubs, with producers who have long recognized the touristic importance of beverage production and sometimes even retrofitted it gastronomically. Chic boutique hotels provide the perfect setting for an unforgettable stay in Scotland.

It does not work without grain brandy stored more or less long in 1001 types. Not that the Scots drink it for breakfast, but in the late afternoon you might taste a 12-year-old and later try one of the ripe, spicy rarities. A few drops of water are allowed in the malt, ice is noted. You can tour several distilleries, but the guest house is guaranteed glenmorangie There is no night rest. (If you get the chance: it’s worth it.) That some distillers have culinary ambitions – for example glanturate – It is pleasant.

You can’t do without oatmeal, as the Swiss have for Birchermuesli, the Scots have more or less coarse oatmeal. Fills you up for half a day and can be eaten before or after the equally popular Eggs Benedict. On the other hand, bacon and sausage are not a must, while wholemeal toast and orange marmalade is at least a courtesy attempt. My breakfast at the hotel was exemplary «Machari», the number one spot on Islay for a great place to stay but where the evening meal was disappointing.

There’s no need to fear this particular specialty, as it’s ultimately nothing more than sheep stomachs, like those found in many Swiss sausages, as well as onions, spices, and oats. On official invitations, a bagpipe player precedes the haggis which is solemnly carried into the room, then a song of praise for the classic is sung, and finally the portions are served, best accompanied by whiskey. Served as is. Best Haggis? maybe « inubiquitous chip,

Best for visitors to stay overnight in «Tiger Lily Hotel» In the heart of Edinburgh – firstly because there is a very lively bar in house, secondly the rooms and suites of this boutique hotel are first class furnished. Third and most importantly, there are many exciting bars just around the corner. «The Black Cat» is rustic (I drank the current limited edition Ardbeg, which was worth every pound asked), «Panda And Sons», in a hidden spot a few steps down, fabulous cocktails are celebrated.

Good weather is rare on this island, if by good weather you mean constant sunshine. Otherwise, there is nothing wrong with this island known for its meadows, golf and deserted beaches. The peat that has been mined here for thousands of years helps dry barley and thus gives the whiskey an attractive aroma. ardbeg Rightfully considered a cult distillery, but one definitely shouldn’t miss Laphroaig to stop by.

The French pride themselves on their oyster production and in fact great qualities exist in the Atlantic and Mediterranean. But you can also tell about Scottish oysters. You can get them at many restaurants, or you can travel directly to elasticity fine, fjord where most of the local oysters are farmed. Scottish lobster is rare to find but often great.

They exist, even though the Scots – like the English – were not considered open to fine dining for a long time. ,Andrew Fairlie in Gleneagles» Considered Scotland’s number one in fine dining, but it’s also a good mix of traditional and fine cuisine that inspires. In “the scraen and scali» In Edinburgh you can experience such trendy gastronomy and order Haggis or Scottish Wagyu Beef in addition to Lock Fine Oysters. Never mind that Aberdeen Angus is the only variety of beef the Scots care about!

We’ll send you the best recipes, gastro trends and wine tips from “NZZ Bellevue” once a week by email: Subscribe now for FREE,