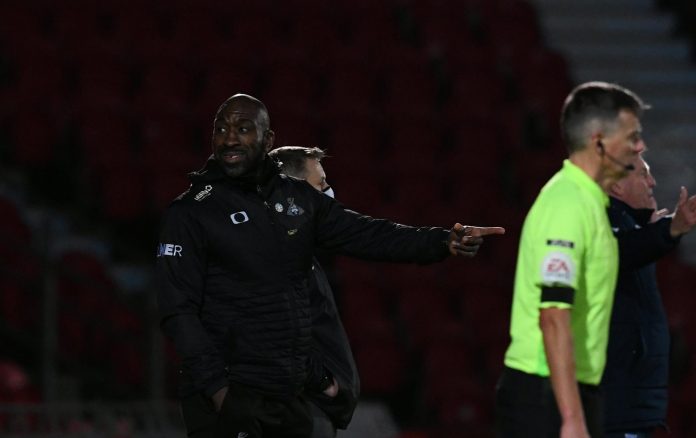 Moore has cut an animated figure in the technical field, especially in the first part exposed on Kipmot.

And he revealed that he was looking for Rovers to prevent Swindon from settling into his defensive shape, as his side did against Gillanham over the weekend.

“Because we had a vein on us to go and win the game, there was a time when they got back in shape and it felt like the game was slow,” Moore said.

“I don’t want us to fall into that slow trap.

“Part of my frustration was getting us to move the ball as fast as we could and stay on it.

“It simply came to our notice then. We had to stick to our game plan.

“Part of it was moving him fast. I just felt like the game had gotten a little flat and I didn’t want that because Ones was going to win it. “

Moore was happy with the toughness on his side as they emerged from the start of the game to win.

“The team was given a dog on all fours and we came back with three points,” he said.

“There was a scrappy game at the time, with two teams trying to get the ball down and play. The two teams sometimes gave the ball away unnecessarily.

“At times both teams displayed some good ways of the game, but luckily we took a chance when they arrived.”

In these confusing and troubling times, local journalism is more alive than ever. Thank you to everyone who helps us ask those important questions By withdrawing the subscription or by purchasing paper. We stand together. Nancy Fielder, editor.

See also  The new theory asks: could the mask be a crude 'vaccine'?