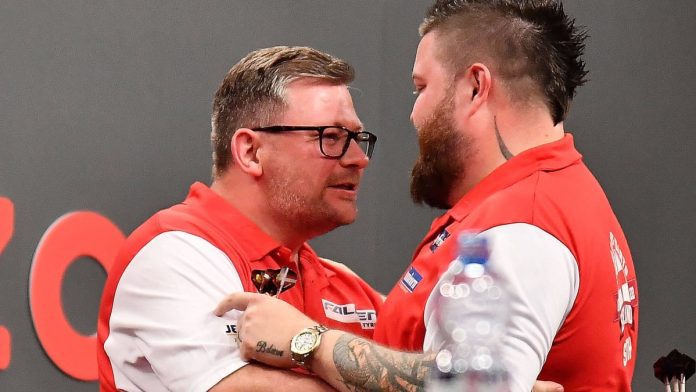 England and defending champions Scotland, who finished first, performed their duties with ease at the start of the Darts Team World Championship.

Easily advanced to the Round of 16: James Wade (left) and Michael Smith of England.
Imago/Jan Heubner

English pair of Michael Smith and James Wade advanced to the Round of 16 after beating Czech Republic 5-1 in doubles at Frankfurt am Main on Friday evening.

Scots Peter Wright and John Henderson then beat Hong Kong 5:1 to make the first move to defend their title.

The series of favorites continued in front of about 2000 spectators. All the title contenders including Germany (Gabriel Clemens, Martin Schindler) had already won on Thursday.

Round of 16 will take place at the ice rink on Saturday (1 pm and 7 pm). Germany meets Denmark. England (against Latvia) and Scotland (against Portugal) are each separated by victory from a British duel, which will already be in the quarter-finals.