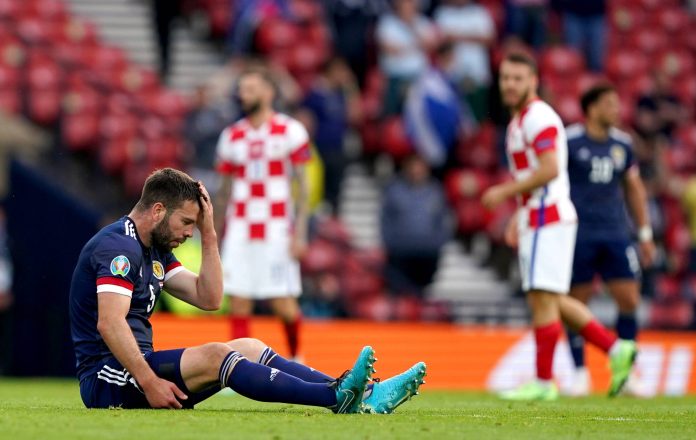 11,000 fans made a lively debut at Glasgow’s Hampden Park. The first minutes of the game were characterized by Scottish attacking football. Adams missed twice (6th, 10th). Something like Scottish dominion was developing. But out of nowhere Nikola Vlasik (17th) broke through the bravely fighting defense of the “Bravehearts” with a drop kick from eleven meters.

Modric shocks Scotland after half time

There were a few more highlights in the second half. The Croatian cleverly took the lead and Scotland looked disorganized. But Croatia still had a chance: Ivan Perisic (77th) held on to a 3–1 lead led by Modric Karner.

On the other hand, Adams was denied from close range by Livakovic. It could have been the connection. Scotland did not get a chance till the last whistle. As a result, the Scots are relegated from the European Championship in fourth place in Group D. Croatia is set to reach the round of 16. (ck)