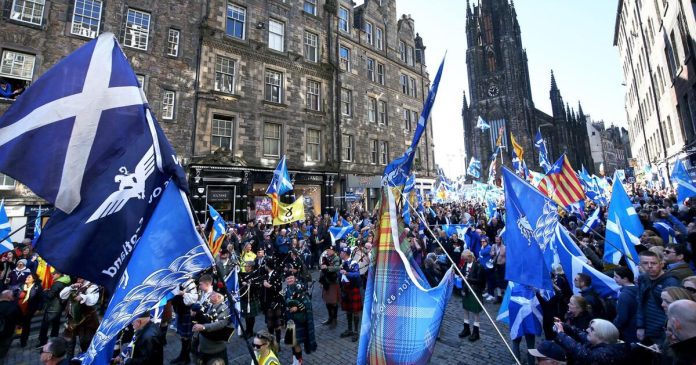 Despite the British Supreme Court ruling in the dispute over Scottish independence, one expert already sees winners in favor of secession. if in the Supreme Court London judge that the regional parliament in Edinburgh no. Referendum Granted permission to start, it means the United Kingdom is not a voluntary union, political scientist Kirsty Hughes told the German press agency. The court will thus refute the arguments of the government and the largest opposition party, Labour. “It would speak to a bad association,” Hughes said.

Supreme Court will give its verdict

(TODAY) On Wednesday (10.45 am) the Supreme Court intends to announce its decision on whether the regional parliament in Edinburgh can hold a referendum without the consent of the British government. London denies this.

Legal experts say the most likely outcome is that the court will defer a decision until the Scottish Parliament actually passes a bill for the referendum. Political scientist Hughes said it would also play into the hands of pro-independence supporters – if the parliament in Edinburgh does indeed vote for a referendum. Because if the British government acted against a referendum decided by a democratically elected parliament, it would be another sign that London does not take the will of the population seriously, Hughes said.

Legal experts consider a decision in favor of liberty advocates unlikely, but not out of the question. In such a situation, Scottish Prime Minister Nicola Sturgeon has announced to hold a referendum for October 2023.

Hughes said that if union supporters boycotted the vote, they would be acting undemocratically. It is also possible that the British government will try to declare the referendum illegal by law. But that would mean London is breaching the democratic decision-making process and supporting the argument that it is not a voluntary union, the expert said.
© dpa