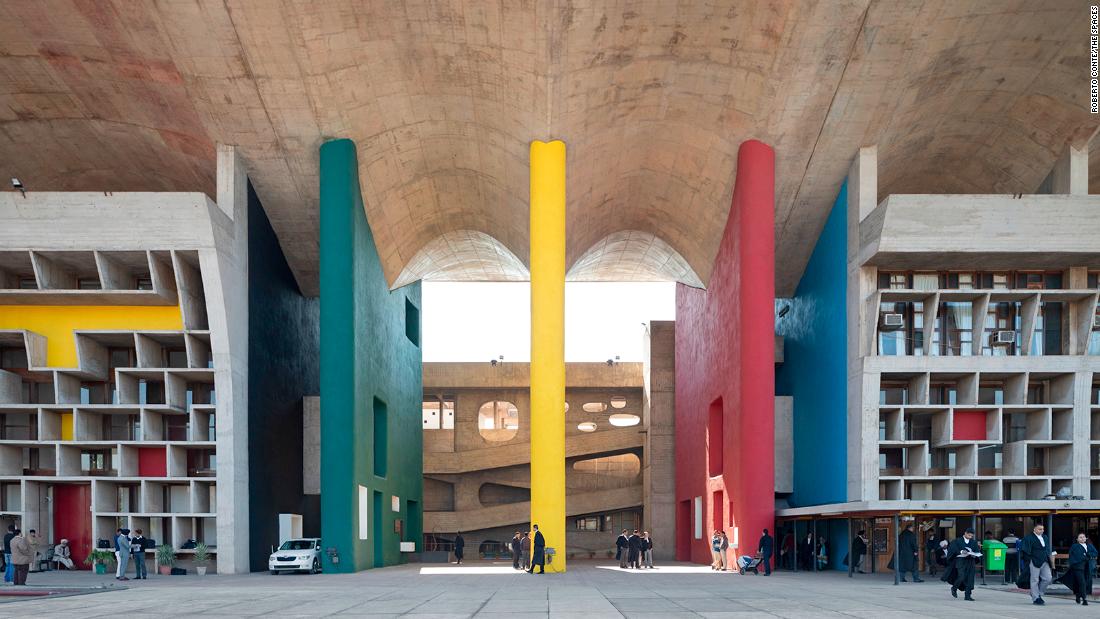 Written by Claire Carponen, The Spaces

This article was originally published by The spaces, a digital publication that explores new ways of living and working.

Photographer Roberto Conte discovers the hidden gems of Chandigarh’s concrete infrastructure in his new series by exploring the Indian city designed by Le Corbusier. The images capture the solid facades of modernist structures in the quieter hours of the day, while showing how they have endured the past 70 years.

“Previously, I was aware of the famous Capitol Complex,” said Milanese Conte, who shot the series last year on his travels through India. “But I was surprised to see that there are many other interesting structures that are not (well enough) well known.”

Chandigarh was designed in the 1950s as the new capital of the state of Punjab after the partition. Le Corbusier was chosen to design the metropolis, employing a grid pattern, European-style boulevards and rough concrete buildings – a distillation of ideas formed during his lifetime.

Today the city faces the twofold challenge of preserving its modernist heritage, adapting to the needs of an ever growing population with changing needs.

“It is certainly a modern city, but at the same time it has had difficulty keeping up with the times,” said Conte. “From an urbanistic point of view, the impression is that the neighborhoods are more like islands separated from each other by roads blocked by traffic.”

While Le Corbusier was the “starchitect” of the project, Conte notes that most of the buildings were the result of a collaboration between the western team hired to make Chandigarh and a group of Indian architects and urban planners. This group includes the Pritzker Prize-winning architect Balkrishna Doshi, who has imbued the modernist structures of the traditions of his country of origin.
See also  Scotland doubles its border presence with England after a travel ban from the rest of the UK