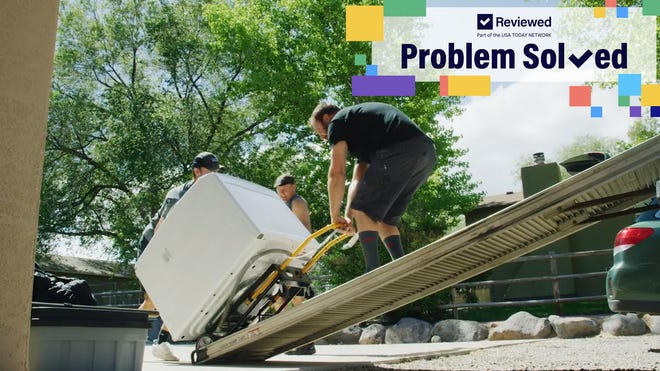 Changes in guidelines from the Centers from Disease Control and Prevention continue to prompt backlash and confusion from medical experts.

Dr. Anthony Fauci, the nation’s leading infectious disease expert, said he was undergoing surgery and was not present at the task force meeting where these guidelines was discussed.

Also the number of new coronavirus cases may be falling in three Western states, but there is no holding back when it comes to testing.

California and Nevada say they are going to increase testing. California Gov. Gavin Newsom announced a deal that also will lower the costs of tests and lead to faster results. Oregon’s rate of positive coronavirus cases has fallen to the point that it almost meets Gov. Kate Brown’s threshold for reopening schools.

Nationally, economists estimate weekly unemployment claims will slightly dip from the 1.1 million who applied the week before.

📈 Today’s numbers: The U.S. has more than 5.8 million confirmed infections and nearly 180,000 deaths. Worldwide, there have been more than 826,000 deaths and 24 million cases, according to John Hopkins University data.

📰 What we’re reading: Can employers force their workers to get a COVID-19 vaccination? it’s a prickly subject.

This file will be updated throughout the day. For updates in your inbox, subscribe to the Daily Briefing.

Dr. Anthony Fauci, director of the National Institute of Allergy and Infectious Diseases, told CNN he was undergoing surgery and wasn’t present at the August 20 task force meeting where controversial updated guidelines were discussed.

The U.S. Centers for Disease Control and Prevention updated COVID-19 guidelines that now say people without symptoms “do not necessarily need a test” – even if they’ve been exposed to the coronavirus.

“I was under general anesthesia in the operating room and was not part of any discussion or deliberation regarding the new testing recommendations,” Fauci said.

This account contradicts statements made by Dr. Brett Giroir, HHS Assistant Secretary for Health, who said during a news conference Wednesday that all top level experts had signed off on the new guidelines, including Fauci.

“I am concerned about the interpretation of these recommendations and worried it will give people the incorrect assumption that asymptomatic spread is not of great concern,” Fauci told CNN. “In fact it is.”

Woman may have gotten COVID-19 from airplane bathroom, researchers say

Researchers say a woman who was evacuated from Italy in March may have been infected by the coronavirus in an airplane bathroom on her flight back to South Korea.

The study comprised of roughly 300 passengers who underwent interviews, physical exams and temperature screenings before they were allowed on the aircraft, according to an early edition of an article scheduled to be published by the U.S. Centers for Disease Control and Prevention.

Six passengers who had shown no symptoms before the flight tested positive for COVID-19 after landing. Eight days later, a 28-year-old woman tested positive after developing a cough, runny nose and sore muscles.

Researchers argued that because she quarantined for three weeks alone at home before the flight and did not use public transportation, it’s unlikely she contracted the virus before traveling.

They also said the woman wore a mask throughout the duration of the flight, except when in the restroom, which led scientists to believe that she must have been infected when using the same bathroom as the asymptomatic passengers.

“This study was one of the earliest to assess asymptomatic transmission of COVID-19 on an aircraft,” study authors said. “Contact with contaminated surfaces or infected persons when boarding, moving or disembarking from the aircraft may play a critical role in inflight transmission of infectious diseases.”

Report: LSU offensive line down to four because of positives, quarantines

LSU’s defense of its college football national championship is off to a rocky start, with just one month before the Tigers open their season. Positive COVID-19 tests or a risk of exposure to infected individuals have sidelined nearly the entire offensive line position group in quarantine, according to a report in the Baton Rouge Advocate.

Citing multiple people, the story by the Advocate said all but four members of the offensive line have either tested positive for the novel coronavirus or are isolating because of high-risk exposure. Players who test positive must isolate for 10 days and must be symptom free for at least 24 hours before returning to practice, according to SEC COVID-19 protocols. Individuals with high-risk exposure must quarantine for 14 days.

Mental health and college sports:Medical experts warn it is being overlooked, especially in Black athletes

California will more than double its coronavirus testing to up to 250,000 people a day, Gov. Gavin Newsom announced. It has a $1.4-billion contract with a Massachusetts company aimed at providing faster results and lower costs. In reporting 6,004 new cases, Newsom tweeted Wednesday that the state continues to see “modest declines” in case counts.

Nevada, too, says the number of new cases has decreased since peaking above 1,400 on July 15. Officials say the decrease is due at least in part to the state’s face-covering mandate and limits on large gatherings. It is also increasing testing in its high-population areas of Reno and Las Vegas.

In Oregon, officials note not only that the case counts are falling, but that the rate of positive tests also has declined. It stands at 5.1%. If it falls to 5%, one of Gov. Kate Brown’s requirements for reopening schools will have been met.

Disneyland ‘ready’ to reopen once it gets approval from California officials

Disneyland is ready to let the magic begin anew. All it needs is a go-ahead from California officials.

The head of Disney’s theme parks said Disneyland is ready to open once California releases its health and safety guidelines for theme parks, a move that’s been hampered by a more full retreat of cases of the coronavirus.

Orange County, where Disneyland resides, was removed on Sunday from a list of counties on California’s monitoring list for coronavirus.

Disney World in Orlando, Florida, has been fully open since July 15, after closing for nearly four months.

COVID-19 cases may be falling in many states, but not unemployment

Though the number of Americans testing positive for the coronavirus may be ebbing in some cities, the economic damage drags on.

About 1 million workers filed initial applications for unemployment insurance last week, economists estimate, a slight dip from the 1.1 million who applied the week before.

The number seeking unemployment aid for the first time has been volatile, slightly dipping and rising, yet remaining stubbornly high – far above the previous record of 695,000 weekly claims set during an economic downturn in 1982.

The see-sawing numbers reflect the stops and starts occurring throughout the U.S. economy, as businesses gradually reopen in some parts, while others roll back or halt re-openings as COVID-19 cases spike.

On Facebook: There’s still a lot unknown about the coronavirus. But what we do know, we’re sharing with you. Join our Facebook group, Coronavirus Watch, to receive daily updates in your feed and chat with others in the community about COVID-19.

In your inbox: Stay up-to-date with the latest news on the coronavirus pandemic from the USA TODAY Network. Sign up for the daily Coronavirus Watch newsletter.

Tips for coping: Every Saturday and Tuesday we’ll be in your inbox, offering you a virtual hug and a little bit of solace in these difficult times. Sign up for Staying Apart, Together. 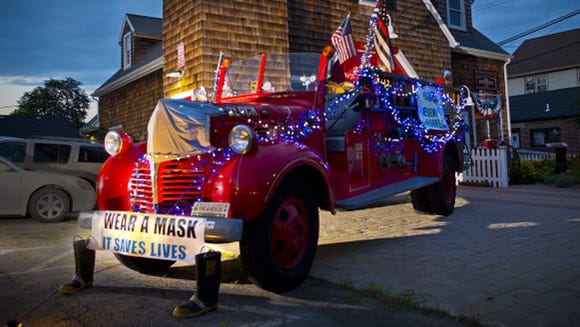