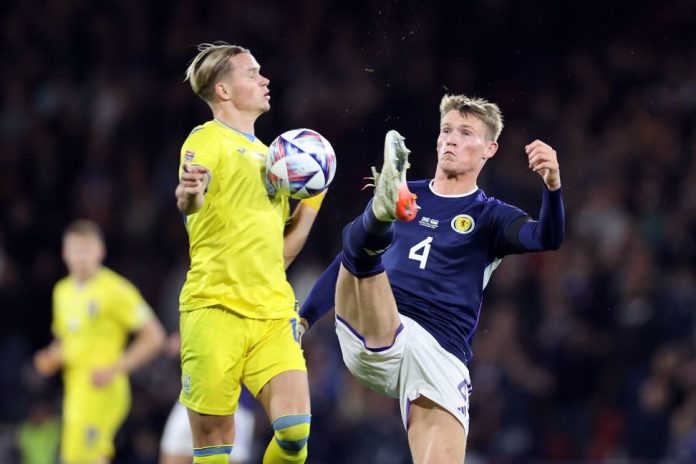 The Ukrainian footballers suffered their first defeat in the Nations League and lost their lead in Group 1 of League B as a result.

In the new edition of the playoff semi-finals for the World Cup in Qatar, the team around former Dortmund Bundesliga player Lady Jarmolenko lost 0:3 (0:0) to Scotland. John McGuinn (70th minute) and substitute Lyndon Dykes (80th/87th) put on braces to propel the Scots to victory at Hampden Park in Glasgow and top the table.

Ukraine won the same venue 3–1 in the playoff semi-finals on 1 June. On 27 September (8:45 pm), the two teams will face each other again in Krakow at the end of the Nations League. (dpa)