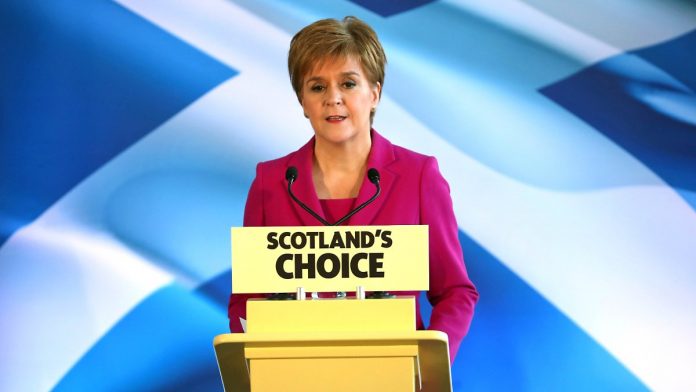 The Scottish Government wants to return to the European Union

The European Union and Great Britain are still fighting for a regulated Brexit. But getting out of a deal is more likely. This is exactly what Scottish Prime Minister Sturgeon has played in the cards: She is planning a second independence referendum in her country – and, if successful, a quick EU accession.

Scotland’s prime minister, Nicola Sturgeon, is sticking to his plan for Scotland to join the European Union. The purpose she is leaving after the independence referendum will quickly lead her nation to the European Union, Sturgeon told the “world” and other European media. “As of the latest polls, more than half of Scots want independence. I believe Scott will say yes in the next referendum.”

An independent Scotland would then immediately apply for EU membership. In his view, Scotland was “a unique case for rapid entry into the European Union”. Scotland’s accession is “not an enlargement”. Eventually, Scotland was a member for over 40 years, as part of the United Kingdom. “Scotland is coming home, this is not a new beginning.”

Scotland needs London approval for the referendum. If Prime Minister Boris Johnson does not allow a referendum, they do not exclude the judicial process, hence Sturgeon. “If London refused, we would have to see if the Scottish Parliament could pass the necessary legislation. The question has not yet come to court, but I am not dismissing it. We want the British government to block democracy Can not allow. “

Many come to celebrate: Leipzig expecting thousands of Scottish fans