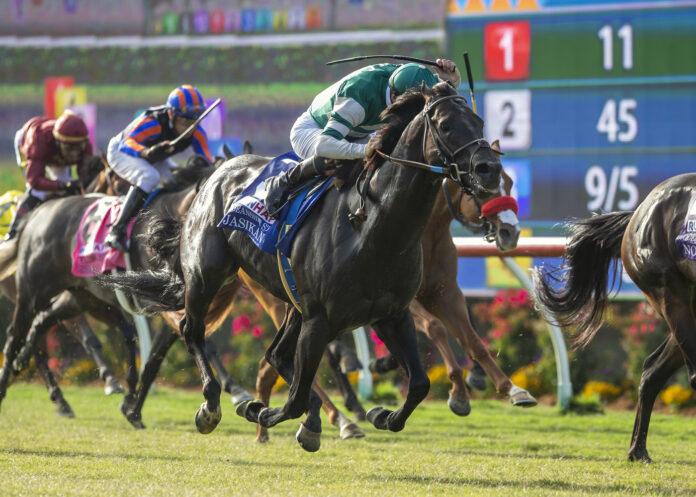 Racehorses have some admittedly interesting names. From Passing Wind to Geespot, Ha Ha Ha to Maythehorsebewithu, some are rude, others crude, and some downright silly. Where they draw their inspiration from, of course, depends on the person doing the naming, and it seems there are some Scottish patriots among the ranks of those who get to devise these cool and quirky epithets.

Looking to their homeland for ideas, some within the industry have come up with monikers that only a true Scot could fully appreciate. We take a look at five that were inspired by our great and beautiful homeland.

Claiming victory in the Grand National in 2017, One for Arthur was only the second Scottish-trained racehorse to take the title home, so it seems fitting that his name is an ode to his country of origin. Hailing from Kinross, the now 11-year-old gelding is trained by Lucinda Russell and last ran in February 2020. By Milan and out of Nonnetia, he has so far amassed winnings of £622,437, and continues to fly the flag high for his homeland. His name is thought to be inspired by Arthur, King of Scots.

Formerly owned by Sir Alex Ferguson, onetime Manchester United boss and Govan local, it’s clear where this chestnut gelding’s name hails from. Now 12 years old, the horse last ran in 2015, but did himself proud throughout the duration of his career. Sired by Fraam and Out of Urban Dancer, he took home four wins in 20 races, and retired with an arguably impressive £58,857 to his name.

Last running in 2017, this pretty grey mare is believed to have been named for the Rangers FC stadium. Formerly owned by Mr. Stewart Brown and trained, in her heyday, by John Berry, the now 12-year-old was by Subtle Power and out of Jerpoint Rose. She acquitted herself admirably on track, with an incredible 44 runs, although failed to set the racing world on fire, retiring with a single win and career earnings of £9,385.

The clue really is in the name with this one! Awarded a football-inspired moniker, Celtic Artisan last ran at Newcastle on the 1st June 2020. Now 9-years-old, the chestnut gelding is owned and trained by Rebecca Menzies, and has run in a phenomenal 77 rules races to date. Having so far earned his connections £55,957, he’s by Dylan Thomas and out of Perfectly Clear. For those interested in horse racing betting, you can stay abreast of his results by keeping an eye on the latest race reports from Bet365.

Firth of the Clyde

For a name that’s taken straight from a map of Scotland, there is also Firth of the Clyde. Foaled in 2005, the now 15-year-old gelding has been retired since December 2018, but before that, he managed to amass career earnings of £80,206. By Flemensfirth and out of Miss Nel, he was trained by Keith Dalgleish and ran in 26 rules races over the course of his career, coming home in front in five of them.

Tell us, would their patriotic names have inspired you to place a bet on any of these incredible horses at the height of their heydays?