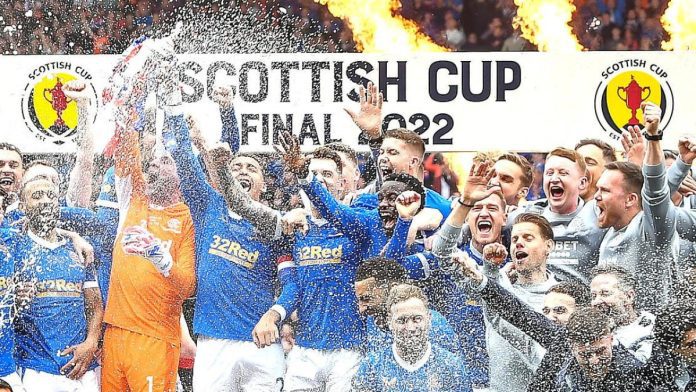 At English club FC Doncaster City they dream of a cup final against Glasgow club Celtic or Rangers. The team in itself will have to participate in the English Cup competition. However, it refers to an agreement between King Stephen and David I.

IA newly established English amateur club causes a stir with an unusual plan. Doncaster City FC, playing in the 13th tier of England, are aiming to take part in the Scottish Football Cup next season. As reported by British media, Doncaster relies on a nearly 900-year-old settlement that was concluded between the then English King Stephen and the former Scottish King David I. Doncaster was recognized as part of Scotland in the Treaty of 1136. Officially, the city was never returned to England.

“Doncaster City is growing and we are dreaming of a home game against Rangers or Celtic,” a spokesman for the ambitious club told the Scottish newspaper “daily Record”. They confirmed that Doncaster had applied to the Scottish Football Association to participate in the Cup “when we found out that our club is actually based in Scotland”.

However, Curious Idea may have a different background: Doncaster City were founded only this year and play in the Sheffield and Holmshire County Senior Football League Division Two. Participation in the English FA Cup is only allowed for teams above the ninth division. So Doncaster was able to participate in cup competition after several promotions and at the earliest in a few years.

However, Doncaster City would not be the first English club to take part in Scottish football. Berwick Rangers, from Berwick-on-Tweed in England, south of the border with Scotland, currently play in the Scottish Fifth Division. The club caused one of the biggest upheavals in Scottish football in 1967, when, as a Second Division side, they won the first round of the cup. Glasgow Rangers 1-0 out of the competition.