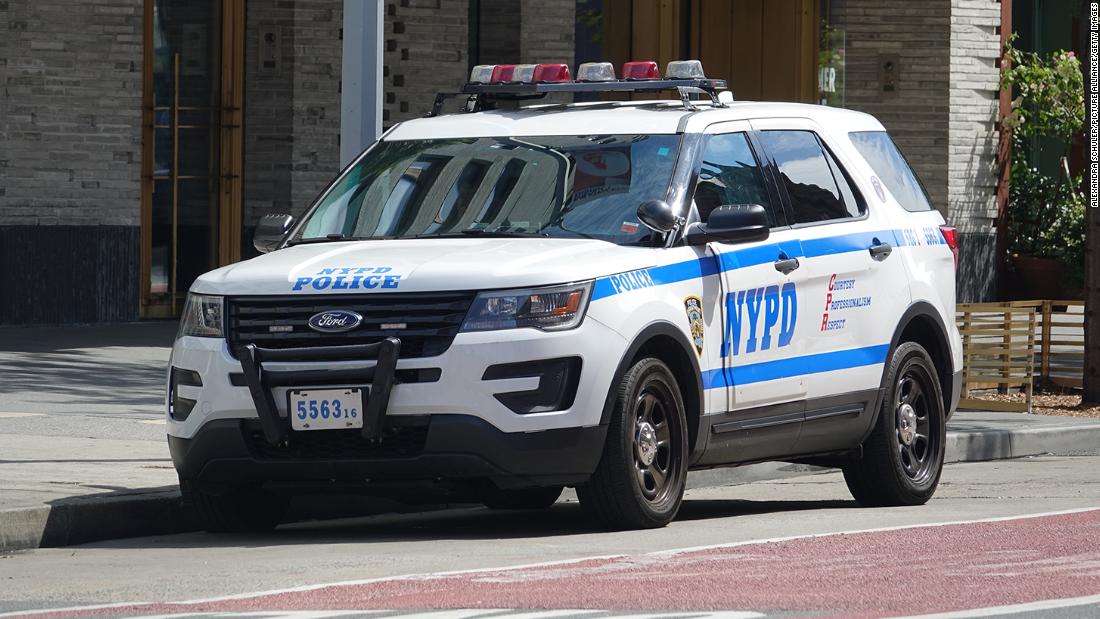 With the new software, the Ford (F) Police Utility – a version of the Ford Explorer SUV – can use its engine together with the cabin ventilation system to increase the internal temperature to 133 degrees Fahrenheit for 15 minutes. It’s hot enough and long enough to kill over 99% of the germ-causing diseases in the vehicle, including coronavirus, according to Ford.

In newer versions of the police utility, officers can initiate the process with a special set of presses on the automatic vehicle speed control buttons. In previous models of Police Utility, from 2013 to 2015, the process can be started by a technician using a device connected to the electronic diagnostic port of the SUV.

“You definitely don’t want it to be triggered accidentally, so it’s a complicated enough cycle that you should pay attention to what you’re doing to get it started,” said Bill Gubing, Ford Director of Passenger Vehicles and SUVs.

Once the system is activated, the officer or technician leaves the vehicle. The doors are automatically locked while the engine is running at an unusually high idle speed of approximately 2,000 rpm. This heats the engine coolant, which is then used to heat the air that is pumped into the cabin, increasing the cabin temperature for 15 minutes.

Once the machine has been kept warm for 15 minutes, a cooling process begins. First, not heated outside the air is pumped into the cabin, eliminating the hot air. Then the air conditioning is turned on to further cool the cabin.

This system is better than simply cleaning the inside of the car with disinfectant spray because heat permeates the entire compartment of the occupants. Germs are killed even in hard-to-reach areas and there is no possibility of any place being accidentally overlooked. Some special equipment installed by the police departments could block the flow of hot air to all parts of the vehicle, however, said a Ford spokesman.

There are currently no protections to prevent the system from turning on while a person or animal is inside the car, according to Ford. It is up to the police officer or technician to ensure that the vehicle is empty before the system starts. If any of the controls inside the car, such as the steering wheel, pedals or gear selector, are moved while the system is running, the process will automatically stop.

Adding sensors to reliably detect people or animals inside the car would have caused delays in getting the system out of police cars on the field, Gubing said.

“We will continue to work with our agencies and get their feedback on how it works and we will look at how we will adapt if it is needed in the future,” he said. “But right now, for speed, he’s really addicted to an officer or initiator.”

The interior of the car will not be damaged by the trial, Gubing said. Although 133 degrees are hot enough to kill viruses and bacteria, they are still well below 176 degrees, at which Ford vehicle interiors are regularly tested hot. That is As hot as the interior of a closed vehicle can arrive on a summer day in the desert, he said.

The software is available for all U.S. police departments that use Ford Police Utilities. For now, the system only applies to Police Utility SUVs, Ford said, as they make up the majority of Ford police vehicles. The system could later be made available for police versions of other Ford trucks, vans and sedans.

See also  Alice in the Land of Ghosts and Castles: Scotland