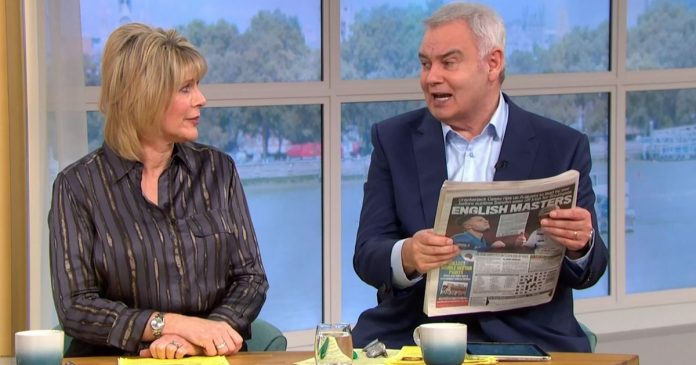 Angry viewers this morning have vowed to boycott the show after it was announced that beloved Ruth Langsford and Eamon Holmes will be replaced.

The Daily Mirror announced that after 14 years, the much-loved presenters in favor of Alison Hammond and Dermot O’Leary will be released on Friday.

However, Eamonn and Ruth will still cover Holly Willoughby and Philip Schofield during the holidays.

The pair, who have been releasing the show since 2006, have been dubbed “angry and upset” by the move – and so are fans, who announced they would no longer watch the show.

One commented: “I don’t watch Friday mornings for anyone. Love Eamonn and Ruth. Think they’ll just bounce each other.”

While another wrote: “I love watching Ruth and Eamon. They are so funny that the banner between them is good. It will be the same this morning when they are not running.”

The third commented: “The only day of the week I see is Friday. Only Ruth and Eamon are on. Don’t watch it for the rest of the week. Can’t wait to hear Holly’s screams !!! Ruth and Emon are so good together and Always brighten my day. “

“I only saw it when they were on, Phil couldn’t stand it and Holly couldn’t always switch it on,” another commented.

One declared: “Well I can’t see! I love Eamonn and Ruth. They’re so funny.”

One fan expressed surprise: “Wrong decision I’ll change the channel, I can’t believe they did it.”

Second Seathead: “I do rags.”

Allison and former X Factor host O’Leary, 47, have previously joined as stand-in presenters – in recent months – and the boss has been heavily influenced by their chemistry.

“They have real warmth,” one insider said. “It simply came to our notice then.

“Eamon is very angry and everyone feels for him and Ruth, they are well selected in the team, but sometimes tough decisions have to be made.”