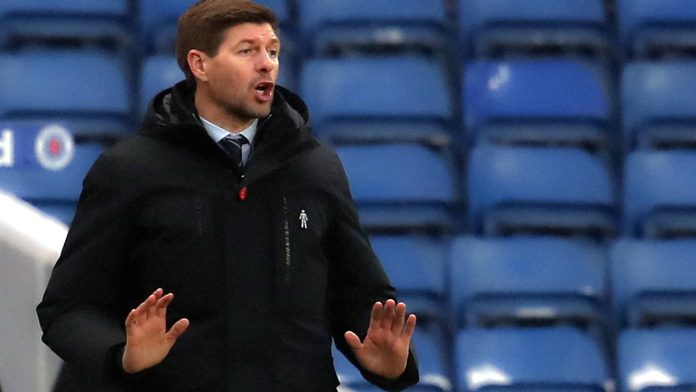 Following this Sunday’s draw at Celtic, Glasgow Rangers were crowned Scottish champions after 32 days for the first time in ten years. A historic performance for Steven Gerrand’s team, unbeaten this season at the national level.

Rangers take advantage of this Sunday’s draw between Dundee United and Celtic (0-0) to claim the title after 32 days. The feat is significant for the Steven Gerrard-led side: Glasgow Rangers have not lost a game since the start of the season with 28 wins and 4 draws. No team has been crowned so early in the season in Scottish league history.

Six days after the end of the championship, Glasgow Rangers are 20 points ahead of their historic rivals Celtic. In the Fourth Division in 2012 due to financial reasons, the club returned to the elite in 2016 and is eagerly awaiting such a coronation.

For his part, Steven Gerrard inaugurates his record as a coach, one that keeps his first experience on the sidelines since his appointment in the summer of 2018. The win is a total for Liverpool’s former glory, which allowed Glasgow Rangers to finish 55th. title in their history. But it is strongly symbolic and marks a certain return to the foreground.

Glasgow Rangers are still in the race for the Europa League and will face Slavia Prague in the round of 16. Now he will have enough time to dedicate himself completely to this European adventure.