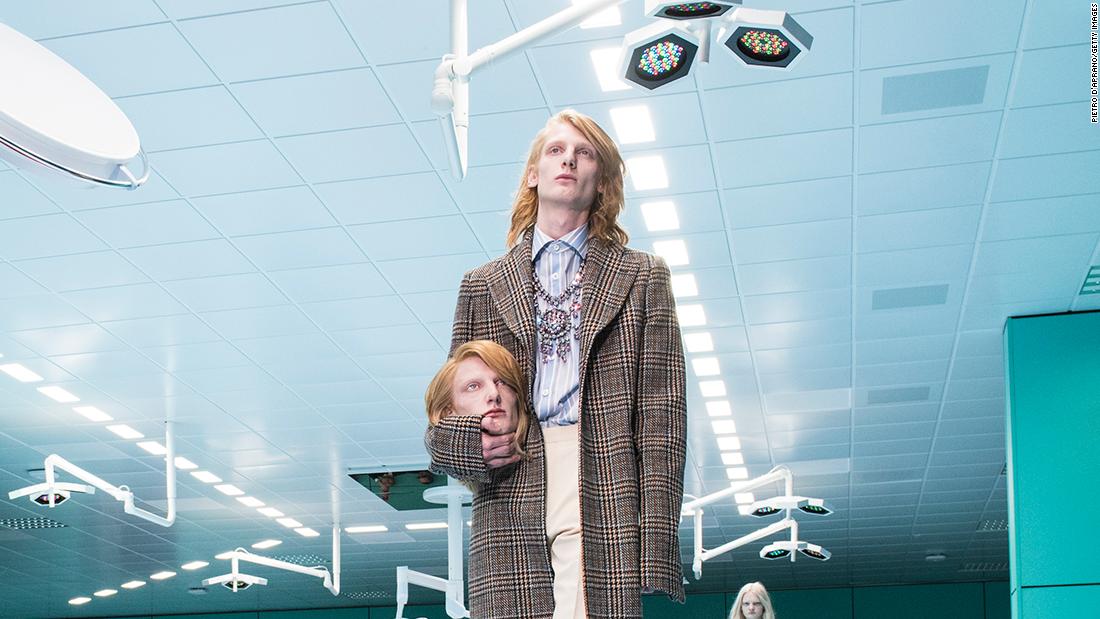 Gucci’s creative director, Alessandro Michele, has announced that the brand is definitively abandoning the traditional fashion calendar as the industry rethinks the way it operates in the light of Covid-19.

By disrupting men’s and women’s clothing and parading the mid-season collections, the Italian luxury brand will reduce the number of annual shows from five to two.

In a series of journal entries entitled “Notes from the silence”, published on Michele’s Instagram account on Sunday, the designer said that he intended “to abandon the worn ritual of seasonality and shows” to “regain a new cadence”.

“We will meet only twice a year, to share the chapters of a new story,” he wrote, adding: “I would like to leave behind the paraphernalia of the leitmotives that colonized our previous world: cruise, pre-autumn, spring -summer, autumn-winter. I think these are flawed and undervalued words. “

The main brands conventionally followed a frenetic program of separate events for men and women on the catwalk during the autumn-winter and spring-summer fashion weeks in New York, Paris, London and Milan. Many also organize additional unique and pre-fall “cruise” shows.

But the coronavirus pandemic has intensified existing concerns about the environmental and economic sustainability of the jet-setting program and the consumption cycles it encourages.

Michele, who worked with Fendi before joining Gucci as a bag designer in 2002, said his new strategy emerged while confined to his home during the blockade. His goal of “purifying the essential by eliminating the superfluous” is linked to concerns about the environmental footprint of the fashion industry, he explained.

“Our reckless actions have burned down the house we live in,” says one of the journal entries. “We conceived ourselves as separate from nature, we felt cunning and omnipotent. We usurped nature, dominated and hurt it.”

On Monday Michele confirmed the move during a video press conference, in which he claimed that the decision was approved by Gucci’s managing director Marco Bizzarri.

Numerous other luxury labels have reported changes to their future calendars amid the coronavirus pandemic, albeit in less demanding terms than Gucci.

Last month, Saint Laurent, owned by Gucci’s parent company, Kering, announced his intention to “take control of his rhythm and reshape his schedule”. And in an open letter to the Women’s Wear Daily, Giorgio Armani argued that a “careful and intelligent slowdown” is “the only way out” of the current crisis.
In April, editor of Vogue Anna Wintour invited the fashion industry to “put more emphasis on sustainability” and “luxury, creativity and craftsmanship”.

A lighter calendar can help luxury brands cope with significant revenue losses since February, when the coronavirus epidemic closed outlets in profitable Asian markets. Stores in western countries soon followed suit, with the last few weeks of fall-winter fashion also severely interrupted as buyers stayed away, and a number of brands presented collections behind closed doors.
Data from other parts of the sector also supported a slower approach. A open letter signed by over 500 industry figures, including Dries Van Noten, Chloé CEO Riccardo Bellini and British designer Craig Green, supports “the adaptation of seasonality” in order to “create a more balanced flow of deliveries during the season” and “provide news but also time for products to create desire”.

Similarly, the #rewiringfashion initiative called for the combination of men’s and women’s fashion weeks, claiming that the shows are staged “too far ahead” of the release of the articles. The campaign, which was launched by the sector magazine Business of Fashion, proposes to move the spring-summer fashion weeks to January and February and the autumn-winter to June.

A rare one joint declaration by the Council of Fashion Designers of America and the British Fashion Council have urged the industry to “slow down” and “rethink and restore the way we all work and showcase our collections”.

“Together, we strongly advise designers to focus on no more than two major collections per year,” read the note. “We firmly believe that this can provide our talents the time necessary to reconnect with the creativity and craftsmanship that make our field so unique in the first place. A slower pace also offers the opportunity to reduce stress levels of designers and their teams, which in turn will have a positive effect on the general well-being of the sector “.

There are signs that consumers share many of the same concerns. Research Published Monday by the UK’s Royal Society for encouraging the arts, manufacturing and commerce, it found that only 19% of adults in Britain think that the fashion industry should return to normal after Covid-19. 35% of people aged between 18 and 24 said they wanted to buy fewer clothes after closing.
See also  'We are all literally George': the mayor of St. Paul reflects on the generations of pain among African Americans