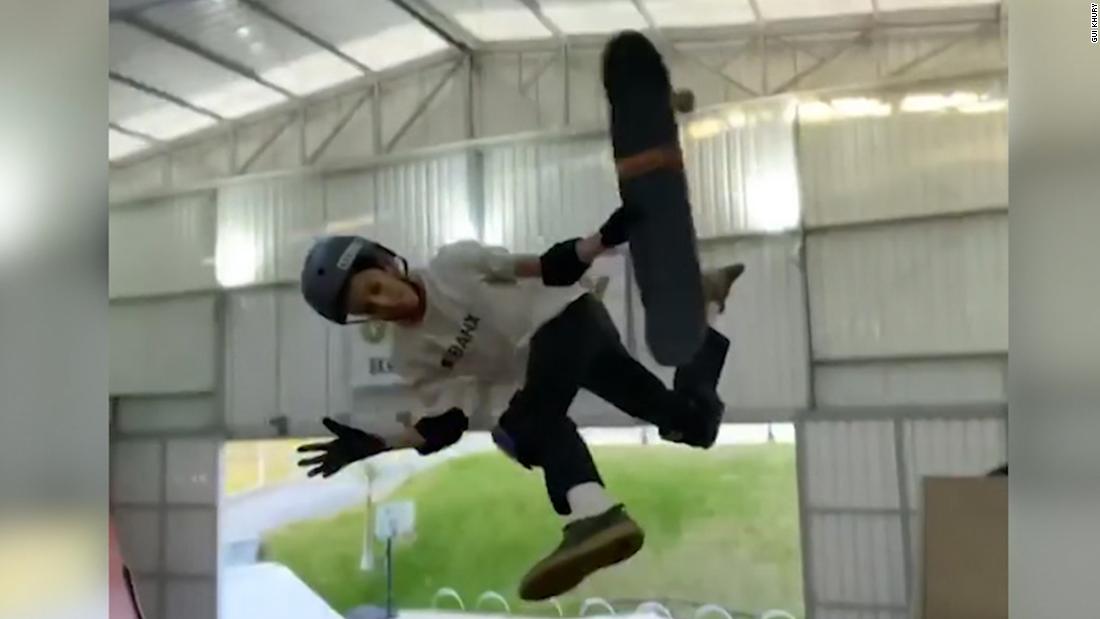 More than two decades after Tony Hawk became the first person to make a 900 degree turn, Gui Khury accomplished the feat – which involves completing three full turns in the air at the top of a ramp – in his grandmother’s back garden .

In 2012, American Tom Schaar hit 1080 on a mega ramp, which allows skaters to jump higher and at higher speeds than a vertical ramp.

“I was just saying ‘oh my god what just happened,” Khury told Reuters.

“I sent (the video) to all my favorite skaters – Tony Hawk, Bob Burnquist, Neal Mims, all of them.

Khury, who was only eight when he landed his first 900, completed his latest trick on a ramp built in his grandmother’s garden in Curitiba, southern Brazil.

Closing schools in Brazil amid the coronavirus pandemic meant that Khury had more time to focus on skating, his father said.

“He is now at home more, eats better and has more time to train and can focus more on training so that it has helped,” his father, Ricardo Khury Filho told Reuters.

“He has the opportunity to train here. If he hadn’t [the skate park] … would be stuck at home like everyone else and unable to play sports. So isolation helped him focus. “

See also  The 2019/2020 title is official for Celtic, but for the Rangers it is a cardboard scudetto

The skating legend Hawk became the first person to land a 900 on a vertical ramp at the 1999 X Games in San Francisco.

Khury said he planned to continue practicing 1080 to allow him to perform the maneuver in future competitions.

“It came exponentially in terms of acceptance, participation and global awareness.

“There are skate scenes in Afghanistan, Cambodia, Thailand and parts of Africa. I wasn’t expecting any of this when I started skating. It was practically in southern California and that’s all.”