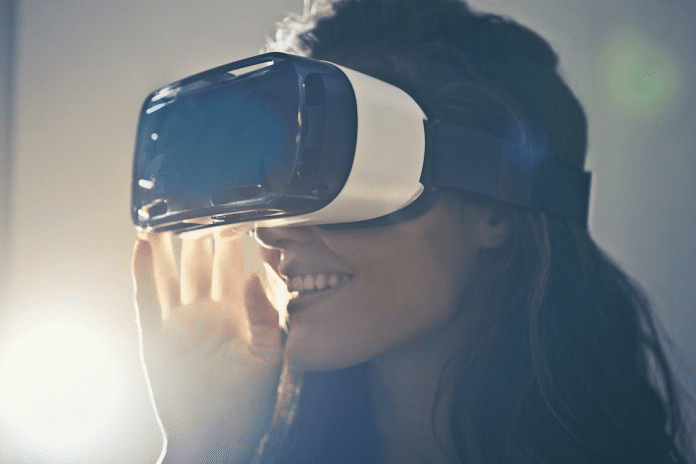 One of the industries that’s taken the world by storm over the years is video gaming. These days, your average video gaming is unlikely to be a teenager sat in their basement playing on a console. Players now consist of people across demographics, including age groups, locations and profession.

And many players are choosing to play on consoles, but also their mobile phones, tablets, desktop set-ups and laptops. In 2020, there were 2.69 billion people playing video games around the world; a figure that’s expected to rise to an astonishing 3.07 billion players in 2023 – with a 5.6 year-on-year growth rate. One of the biggest contributors to its boom? Technology.

The tech influence — and virtual reality

Technology has affected almost all aspects of our lives. From the work that we do (and how we do it), to how we socialise, date, are entertained, shop, do errands like banking and so much more. It’s no surprise that technology has impacted video games — but the ways it continues to do so is fascinating.

One of the ways that tech is transforming the world of gaming is through virtual reality. Virtual Reality (VR) is defined as using computer technology to create simulated environments where users are immersed in a virtual world. When applied to gaming, players experience their game in an increasingly immersive way.

Most VR games utilise hardware like a VR headset and controllers to create this immersion and through which players experience the simulated environment. While early attempts at virtual reality were made way back in the late 1980s with the VPL DataGlove, it wasn’t until consumer-ready VR hardware came about in the 2010s that VR in gaming really began to kick off and become much more commonplace. What’s considered to be the first was the Oculus Rift which was launched back in 2016, with the Google Cardboard following soon after.

See also  New flight from Bari, flight to Edinburgh, Scotland. "A complete innovation for our field" 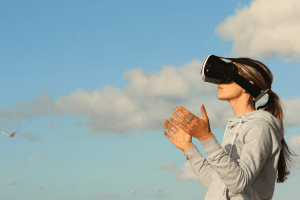 VR gaming is just starting to take hold, and is doing so with gaming niches who are incorporating VR into their gameplay. New casino gaming operators and the casino gaming industry have already seen the potential of VR technology and how it could expand the experience of already popular casino games.

Through VR, users could experience the world’s top casinos – and their incredible atmosphere – from the comfort of home. Or even play with others alongside a live dealer, never having to leave or travel to enjoy their favourite casino games. While the impact of VR on casino gaming is still in its infancy it’s easy to imagine its potential – and the broad range of fun experiences it can bring to life through its technology.

But what are the top VR games currently?

There are already some amazing VR games on the market that players around the world are enjoying. We’ve spotlighted the top four VR games that you can try out today.

Journey through space in a multiplayer world through Elite Dangerous VR. Enjoy an all-encompassing universe from one of the first major titles to be fully VR, as you control your own starship through the galaxy.

This one’s great for space fans or those who have enjoyed the franchise in the past; and has definitely been groundbreaking for the VR gaming world.

This first-person shooter will be familiar to those who already play the Half-Life games. Set a total of five years before Half-Life 2, in this game you are fighting against an alien race in a fight for humanity’s survival.

This game received ‘Overwhelmingly Positive’ reviews on Steam and is certainly an exciting experience.

This game is a bit different from the above two and allows you to try recipes in kitchens without having to do any of the cleanup. This game is a relaxing and enjoyable cooking simulator, and has received many positive reviews since its release. With many players only criticism being that they wished it was longer! 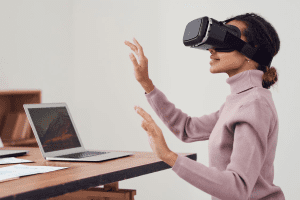 If you’re looking for a family-friendly VR game to try, Lucky’s Tale is a great choice. Join a fox on a mission to save his friend from the monster Glorp. Released in 2016, the game also benefited from a sequel in 2017 called Super Lucky’s Tale.

And while it’s great for kids, adults can enjoy this game too! It’s a fantastic title to add to your VR game collection.

The future of VR and gaming?

With so many conversations around the Metaverse, Web3 and VR, it’s likely that VR will be around for a long time – and have a growing impact on the tech we use, including games. Players can expect more games to come out as VR titles, or their favourite games launching with VR editions.

It’s likely that games will become more immersive and exciting as VR continues to take hold and the mobile technology is further integrated into the industry.