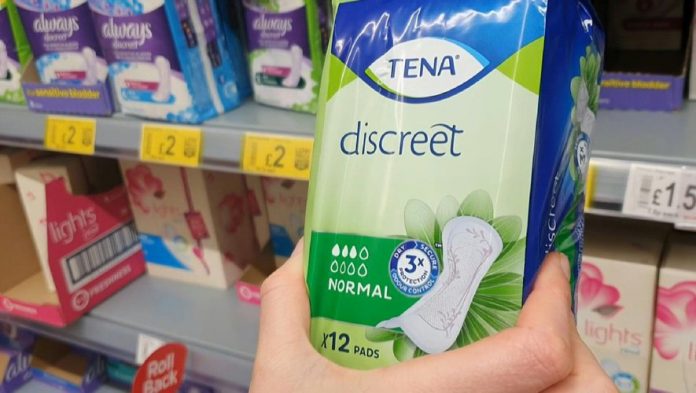 (AFP) – “A necessity”: From their high school to the regional parliament, Scottish teenage girls have consistently campaigned for free tampons and sanitary pads, which are now a reality in Scotland.

They expect that many countries will follow this example.

“Around the world, there are women who need free access to feminine hygiene products. This is really a necessity,” Elle-Rose Fersingham, 17 years old, of Larbert High School in Stenhusimir, central Scotland.

The teenager formed the group “Lady Business” with her classmates Meredith Rai, Tillie O’Donnell, and Abby Reid, after writing an article on menstrual insecurity for the school newspaper.

The four girls have made it their mission to raise awareness, speak in schools and even organize a rally outside the Scottish Parliament.

On Tuesday, the latter unanimously adopted a law from Prime Minister Nicola Sturgeon described as “revolutionary”, aimed at making tampons and sanitary napkins available free of charge in all public buildings.

He called for dedicating education to the issue, in addition to tampons and sanitary napkins in schools, to eliminate the stigma surrounding it.

“We were all happy to bring such a big change for the world,” says Elle-Rose Forsingham.

He and his classmates filled toilet products in their school with hygienic products. And barbaric acts ceased when the girls’ message left a mark.

Meredith, 16, says she was relieved when the bill passed: “We worked very hard to make it.”

Legislation passed in Scotland goes beyond existing initiatives in schools in England and Wales or reducing VAT on these products in France and the United States.

In Scotland, schools, colleges and universities must provide a range of periodic security in their toilets for free. The Scottish Government may force public bodies to provide these products for free.

More than half of teenage girls (52%) left school due to their duration, according to a May 2019 survey of 1,000 teenage girls in the UK.

Activists believe that menstrual insecurity has a direct impact on the education of girls, inequalities increase.

The girls of “Lady Business” had to fight to remove the stigma during periods.

“It was disappointing (…) because clearly, this is not something that should be so taboo”, testifies Meredith. “We’ve worked since our inception, we’ve interfered with classrooms and we’ve really seen a change in attitude, especially among young boys and maybe older teachers.”

Elle-Rose and Meredith are now preparing to study at university.

They hope that teens will talk about rules in schools without embarrassment or shame.

13-year-old Lucy Clarke, who recently joined “Lady Business”, says she is ready to fight to lift this taboo.