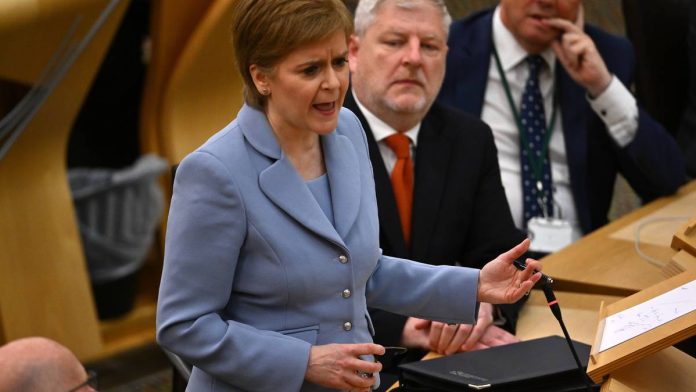 The Scottish government is asking the UK Supreme Court to review its plans for a new independence referendum. The regional government’s chief legal officer, Dorothy Bain, submitted a related application to the Supreme Court in London. Bain also introduced a related bill on Tuesday. It remains to be clarified whether the Scottish regional parliament can call a referendum.

Bain wrote, “The Scottish Government, the Scottish Parliament and the people of Scotland and the UK must have clarity about the scope of the relevant reservations on this issue of fundamental constitutional importance.” Only the Supreme Court can give this clarity.

Voting for October 19, 2023 was announced by Scottish Prime Minister Nicola Sturgeon. However, according to constitutional experts, the British central government in London should approve the plan. Prime Minister Boris Johnson has repeatedly made it clear that he opposes the project.

In the first referendum in 2014, a majority of Scots (55 per cent) voted to remain in the UK. However, this was before Brexit, which was rejected by the northernmost part of Britain with a clear majority (62 per cent). So pro-independence advocates are hopeful that the situation will change if there is another vote.

General Consul Bain insisted that a referendum would not be legally binding, but would only express the will of the people. If the Supreme Court finds a vote illegal, Prime Minister Sturgeon wants to campaign for Britain’s next general election as a de facto referendum and an issue of complete independence.