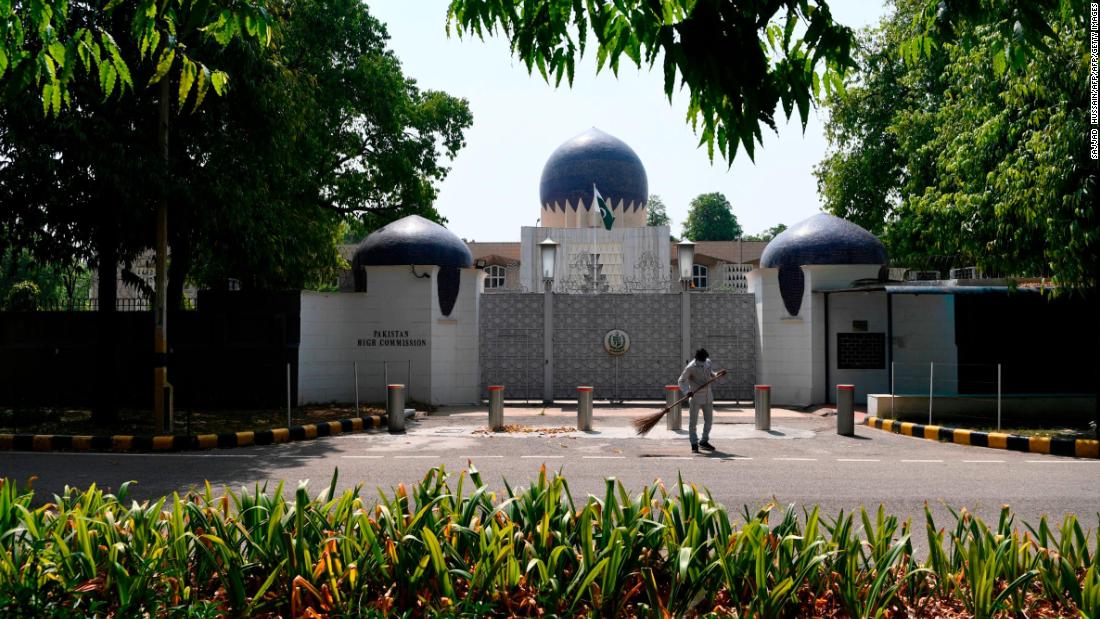 “Two Pakistan High Commission officials in New Delhi were arrested today by Indian police authorities for letting themselves go to espionage activities,” said a statement from the Indian Ministry of Foreign Affairs.

The statement added that officials had been declared non-grateful person “for indulging in activities incompatible with their status as members of a diplomatic mission.” They were asked to leave the country within 24 hours.

Pramod Kushwaha, deputy commissioner of the New Delhi Police Special Cell anti-terrorist unit, said the two were “Pakistani citizens” who were engaging in “anti-India activities when they were arrested”. No further details were provided to clarify what the alleged activities are.

The ministry also issued a charge of Pakistan’s deal with a demarche – a formal diplomatic message – by presenting a strong protest against the two officials and asking to ensure that “no member of his diplomatic mission should indulge in India’s enemy activities. or behave in a way incompatible with their diplomatic status. “

Pakistan’s Foreign Ministry in Islamabad quickly condemned the expulsion of diplomats and accused India of violating the Vienna Convention on diplomatic relations.

“Two members of the Pakistani High Commission staff in New Delhi were dismissed today by the Indian authorities (May 31, 2020) on false and baseless accusations,” the statement said.

“We condemn the detention and torture, as well as the threat and pressure of diplomatic officials to accept false accusations.”

The statement did not go into detail about the torture that took place. The Pakistani Foreign Ministry said the two men had been released “at the intervention of the High Commission”.

The Pakistani Foreign Ministry said that the decision to declare the person ungrateful “was accompanied by a pre-planned and orchestrated negative media campaign, which is part of the persistent anti-Pakistani propaganda.”

He said the Indian envoy had been summoned and issued his own demarch, condemning the “unfounded Indian accusations”.

The expulsions of tit-for-tat diplomats between India and Pakistan are common, particularly when tensions over the disputed region of Kashmir are high or when there are military operations or militant attacks.

Major General Shashi Asthana, an additional retired director general of the Indian Army infantry unit said that members of the Pakistani embassy “have repeatedly abandoned espionage activities, this time they have been captured”.

“It’s a time when both countries should focus on the pandemic, the crisis inside. Instead, hostilities are widening and becoming more regional,” he said.

The move comes when relations between the armed neighbors of South Southern Asia remain bristling.

In August last year, the Indian government deprived Kashmir of its autonomy and special status, prompting Pakistan to downgrade diplomatic ties and suspend bilateral trade with India.
The two countries have had a longstanding dispute over Kashmir for over 70 years.

Pakistan on Monday tried to frame the move against High Commission officials as an attempt by India to divert attention from domestic political issues and the situation in Kashmir.