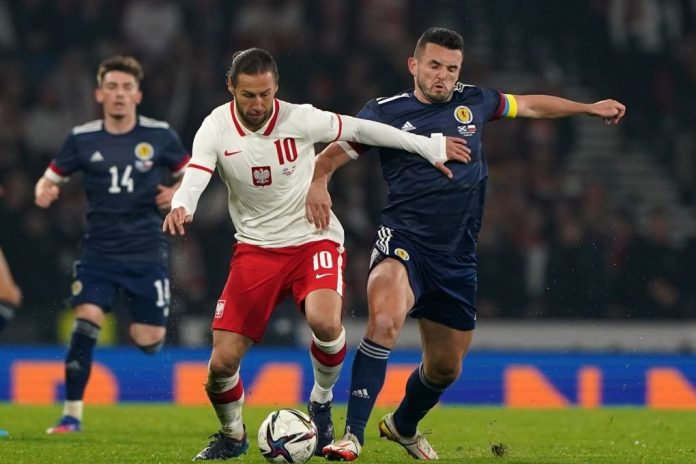 Former Hertha professional Krzysztof Piatek saved the Poles 1-1 (0-0) with a converted penalty kick in the first minute of added time. Kieran Tierney (67) led the hosts with her first international goal in the presence of Scottish Prime Minister Nicola Sturgeon.

39,090 spectators previously watched a diverse game at Glasgow’s Hampden Park, about an aid to Ukraine. For each ticket sold, £10 (approximately €12) was donated to UNICEF to support children there after Russia’s invasion of Ukraine.

The international match was called off after both teams’ playoff semi-finals scheduled for Wednesday were canceled due to Russia’s aggression. While Poland is due to play against Russia and following their boycott by world governing body FIFA, Scotland is due to play Ukraine in June. (dpa)