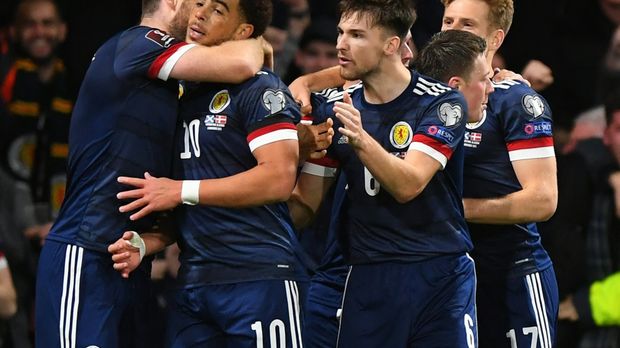 HAMBURG (SID) – Instead of a play-off semi-final against Ukraine en route to the World Cup in Qatar, Scotland are playing a friendly against Poland on Thursday (20:45 CET). Bayern Munich’s team around star striker Robert Lewandowski again refused to play their scheduled play-off game against Russia following the attack on Ukraine.

According to the Scottish Association, a part of the proceeds from the games at Hampden Park will benefit Ukraine with UNICEF assistance. “We have already sold around 33,000 tickets, including 4,500 Polish fans,” said Scottish FA chief executive Ian Maxwell. “Of course, the more visitors that come, the more money we can raise for UNICEF and everyone in Ukraine.”

Thursday’s game against Ukraine has been postponed due to a Russian attack and is now scheduled to take place from June 2 to 14. Maxwell said that given the situation in Ukraine, however, he was “uncomfortable” to consider whether games could be played for a World Cup qualifier. To think about it “doesn’t feel right”, he said, “because first and foremost you want the conflict to stop and you want whatever is happening there to stop.”