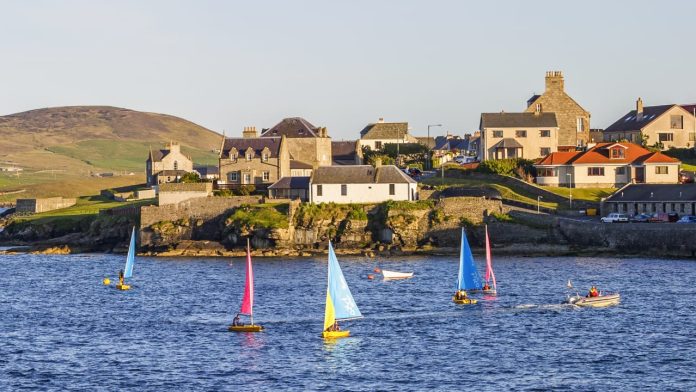 Shetland (population about 23,000) is in the north-east of Scotland. Will the island paradise known for its scenery and cute ponies become the setting for the next underwater cable crime thriller?

As the BBC reports, communication was “severely impaired”. Reason: A line between the archipelago and the Scottish mainland was damaged. Cell phones, landlines and the Internet mostly do not work. Card payments are also on strike in supermarkets etc.

Striking: Another cable connecting the Shetlands and the Faroe Islands was destroyed last week. The repair work is complex and should be completed on Saturday.

reminds me of the event The sabotage of two German-Russian pipelines Nord Stream 1 and Nord Stream 2: At the end of September, a large leak was discovered on the gas carriers. Top politicians such as EU chief Ursula von der Leyen (64) spoke of a targeted attack.

Putin’s operatives were suspected, even if this suspicion was not publicly disclosed. experts are skeptical Pipelines could already be mined during construction,

Regarding the broken cables off Scotland, Chief Inspector Jane Mackenzie said: “We believe it was the fishing boats that damaged the cables.” But the investigator also added: “It is rare that we have two problems at the same time.”

However: a similar incident occurred between Spitsbergen and the Norwegian mainland in January, in which an underwater fiber optic cable was destroyed, GPS data showed that a Russian cutter (“Mailkart 5”) had crossed the spot where the Internet line was damaged more than 30 times.

Mackenzie called for keeping personal phone calls to a minimum so that 999 is as accessible as possible. Scottish authorities are increasingly dispatching rescue services and fire engines to the islands, speaking of “extra emergency aid”.