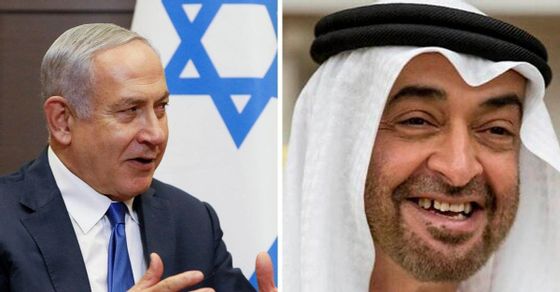 The Nobel Prize committee will review the nominations of Netanyahu and Al Nahyan.

On September 15, United States President Donald Trump presided over the signing ceremony at the White House to establish the foundation of a peace agreement between Israel, Bahrain and the United Arab Emirates.

According to the Abraham Accord, signed by two Gulf states, Bahrain and the UAE, they are now joined in Egypt and Jordan as the only Arab nation with full relations with Israel.

Trump called on other Arab and Muslim countries to follow the UAE’s lead after the signing of the Abraham Accord by Israeli Prime Minister Netanyahu, Bahraini Foreign Minister Abdullatif bin Rashid Al Zayani and Crown Prince Nahyan.

US President Trump has been nominated for the 2021 Nobel Peace Prize for his efforts to broker peace between Israel and the UAE. The announcement was made in September by both presidents simultaneously.

Christian Tybring-Gazade, a member of the Norwegian parliament, cited his role as “the key … creating new momentum in other long-running disputes, such as the Kashmir border dispute between India and Pakistan.” (