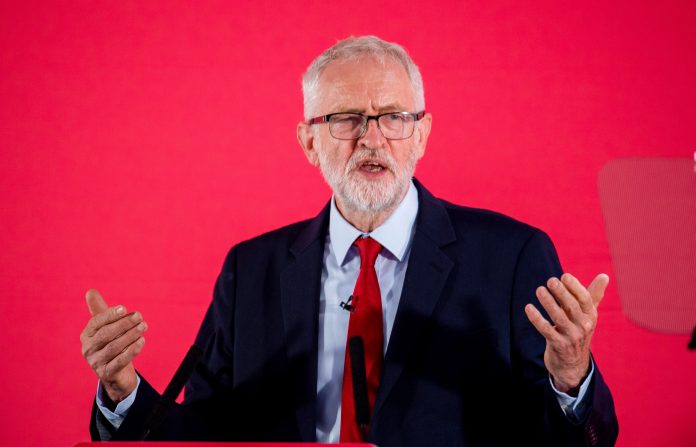 Jeremy Corbyn will be sent to Labor in less than three weeks after he was suspended for rejecting the Watchtower’s defamatory ruling on his party’s antitrust scandal.

A five-strong panel of members of the National Executive Committee decided to reinstate the Keer Starr dipper-whip, so that Labor would be embroiled in a fresh crisis over a long-running drowning controversy.

The reversal came after the former party leader issued a conciliatory statement, saying concerns about anti-Semitism within labor were “neither exaggerated nor exaggerated”.

However, the decision to re-read Mr. Corbyn – who had only been in the cold for 19 days – was immediately condemned by Jewish groups and some angry Labor MPs.

Margaret Hodge, one of the Jewish Labor MPs who appeared to be Mr Corbyn’s supporters and endured abuse and threats, attacked the “broken consequences of a broken system”.

“The factional, opaque and passive complaints process has never reached a conclusion. This is the reason why EHRC instructed Labor to set up an independent process! ”

A council of British Jewish deputies condemned Mr Corbyn’s so-called “pathetic non-apology” for putting him in the dustbin of Mr. History.

The Jewish labor movement said: “Once again we find ourselves reminding the Labor Party that Jeremy Corbyn is not an anti-victim – he is a Jewish member.”

And Mike Gaps, one of the Labor MPs who left the party last year under Mr Corbyn’s leadership, said: “This has now become a defining watershed for the future of the Care Star and the Labor Party.”

Sir Kerr, the new labor leader, always insisted on the decision to suspend his predecessor, and on his fate in the party, was one for the officers after the disciplinary process, not him.

However, he is now facing a backlash from his own supporters on the labor benches, who were happy when the stigmatized Corbyn appeared to draw the line during the years.

Last month, a long-awaited report by the Equality and Human Rights Commission (EHRC) found that labor had broken the law by failing to prevent “acts of harassment and discrimination” against the Jewish people.

In his condemnatory verdict, he said Mr Corbyn’s leadership “did not do enough to stop the opposition and, at worst, it could be seen as acceptable.”

But within minutes, the former leader blamed “obstructive party bureaucracy” for thwarting reform efforts: “I do not accept all his findings.”

In an outraged statement to Sir Kerr, he wrote: “The problem was dramatically exacerbated by the opposition inside and outside the party, as well as by the media, for a number of political reasons.”

In a fresh statement issued early Tuesday, Mr Corbyn said: “We must never tolerate anti-Semitism or anxious concerns about it.

“To be clear, the concerns about antisemitism are neither ‘exaggerated’ nor ‘exaggerated’. The point I want to make was that most members of the Labor Party were and remain committed to the opposition to anti-racism. “

But left-wing MP Lloyd Russell-Moyle tweeted: “Glad @Jremycorbyn has been removed from the party. We must unite and expose the failures of this government.

Sir Kierr has been given until December 10 to prepare an action plan to implement the EHRC’s recommendations, announcing that he will accept them all.