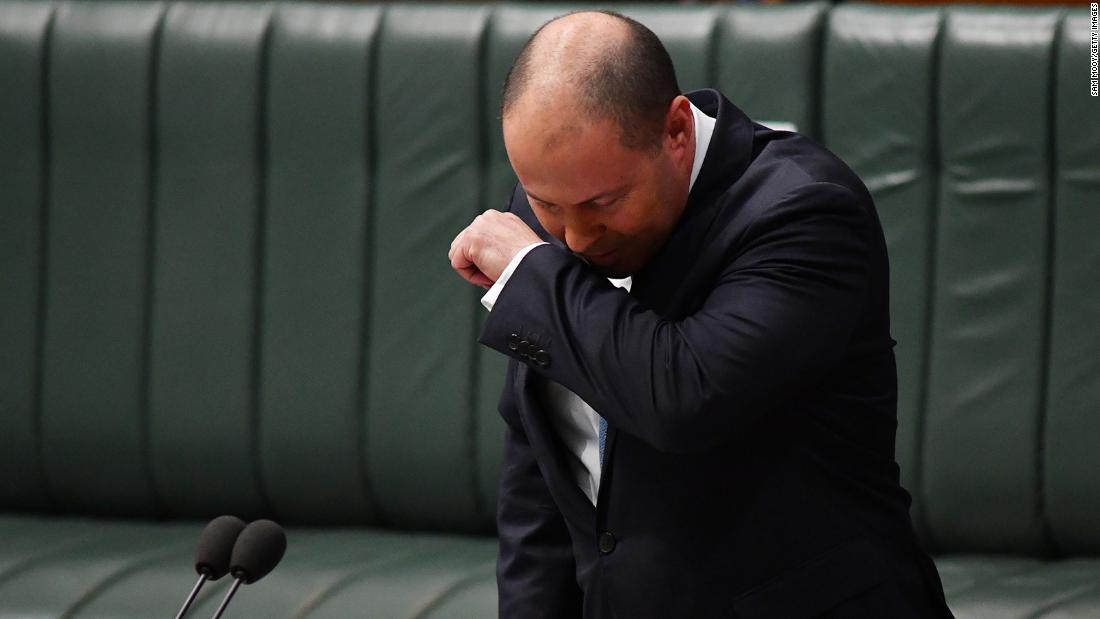 Video footage shows Australian treasurer Josh Frydenberg who has to stop several times to catch his breath, taking a sip of water in an attempt to recover his voice.

“I’m lucky to have some water,” he said coughing. “Too long of a speech.”

Frydenberg later revealed that he entered self-isolation and was tested for coronavirus, according to CNN affiliate 9News.

“Today, while I was making my ministerial statement, I had a dry mouth and a cough,” said Frydenberg in a statement seen by 9News.

“After question time, I asked for the opinion of the Deputy Medical Director (DCMO). DCMO informed me that it was very prudent to be tested for Covid-19.”

Frydenberg said he plans to get results on Wednesday.

During the economic update, Frydenberg gave an optimistic note on the government’s coronavirus response.

“Our measures are working, protecting lives and livelihoods,” he said in a clip posted on Twitter. “We can be sure of our future.”

However, he also stressed the serious economic impact of the virus, stating that the nation’s Treasury forecast a reduction of gross domestic product (GDP) of more than 10% in the June quarter, “which would represent our biggest historical drop” He said.

Frydenberg said it would take years for Australia to pay back the money borrowed to respond to the virus.

“Australians know there is no money tree,” he said. “What we borrow today, we have to repay in the future.”

Australia has banned public meetings and non-essential travel as part of a series of restrictions in late March.

Since then, local broadcasting has been curbed, with the epidemic now widely considered to be under control.

The country has recorded fewer than 7,000 cases and 97 deaths, according to data collected by Johns Hopkins University.