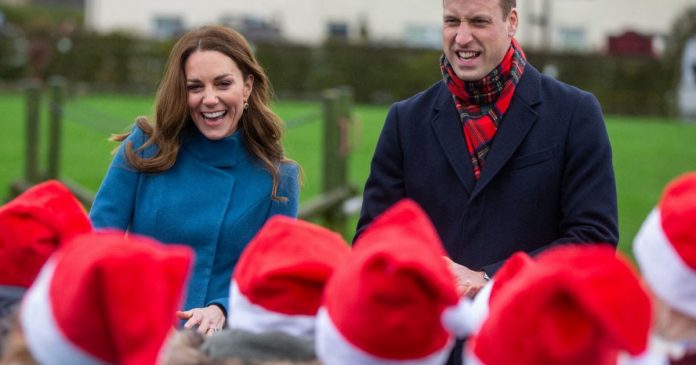 Sunday evening, Prince William and Kate Middleton boarded the royal train 48 hours express journey All over Britain. The couple made a grand arrival at the Edinburgh-Waverley station in Scotland on Monday 7 December 2020, welcomed with music by bagpiper Lewis Marshall. Throughout the day, the Duke and Duchess of Cambridge went to meet workers on the front line in the face of a health crisis.

Once off the Royal train, borrowed by Her Majesty Queen Elizabeth, Kate Middleton and William, went on to thank the Scottish paramedics at Newbridge Rescue Center. For this first day, the Duchess of Cambridge emerged Her long blue coat was signed by Catherine WalkerAlready worn on several occasions during official events: in January 2019, to attend a New Year’s Mass with the Queen in Sandringham, but in February 2018, during her royal visit to Norway while she is pregnant was. Prince Louis.

To complete her attire, the 38-year-old Briton placed bets on her Ralph Lauren heel shoes, the same ones she wore on her way to London on Sunday night. An Amaiya Kids Phulkari mask, a new Strathberry clutch and Diana’s inherited sapphire and diamond earrings complete the look.