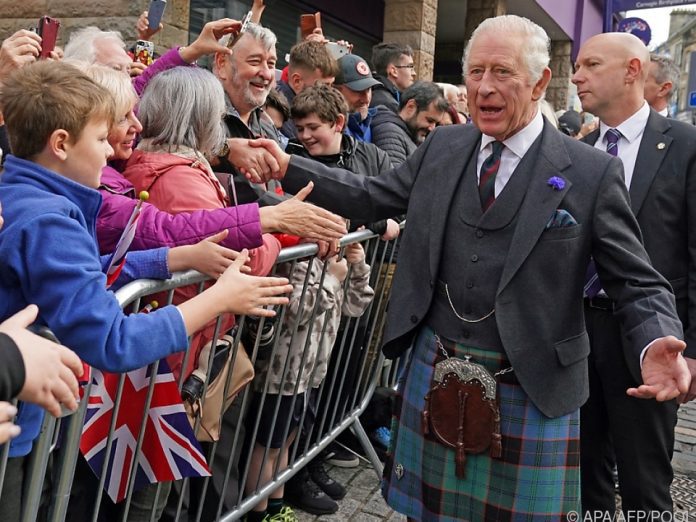 The new British royal couple has appeared in public for the first time since Queen Elizabeth II’s period of royal mourning ended. Charles, dressed in typical forts, and his wife Camilla were received by Prime Minister Nicola Sturgeon in Dunfermline, Scotland, on Monday. Dunfermline was granted a town charter this year along with several other British towns to commemorate the Queen’s 70th birth anniversary.

The royal couple was greeted happily on the streets by many spectators who did not want to miss the visit of the new king. He shook several hands, shook hands towards the crowd and exchanged a few words with the attendees.