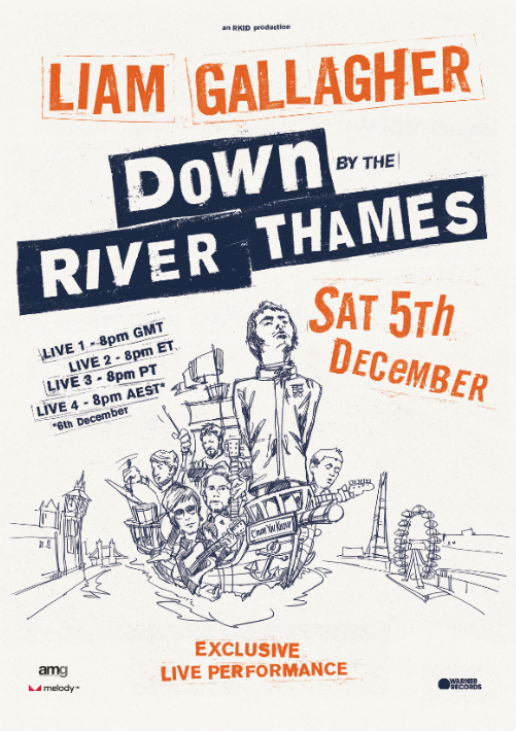 Liam Gallagher Has announced that it will return to live music from Virtual Gig, which will see it perform a full set that will be broadcast from a badge traveling along the banks of the River Thames.

The ‘Down by the River Thames’ show will air on MelodyVR in December, and will come after fans initially saw Gallagher performing on the river last week.

With its full band, the set will see a mix of LG’s iconic songs, fan picks and some surprises spanning his solo career and his legendary tenure. Oasis Frontman.

“To all my brothers and sisters around the world. I am the only celestial live performer to air through ‘Down by the Thames’ on December 5, 2020, “Liam said.

“I’ll be releasing tracks from my two No. 1 solo albums as well as some stone cold oasis classics, some of which you haven’t heard me sing in a long time. You know LG x ”.

Fans with tickets for the virtual crowd. Can access the effect at 16.50 Sales continue here Friday (November 13) from 9 p.m.

You can check out the full details of the stream times below.

The former Oasis Frontman released the record in September 2019, following his 2017 debut, ‘Like You Were’.