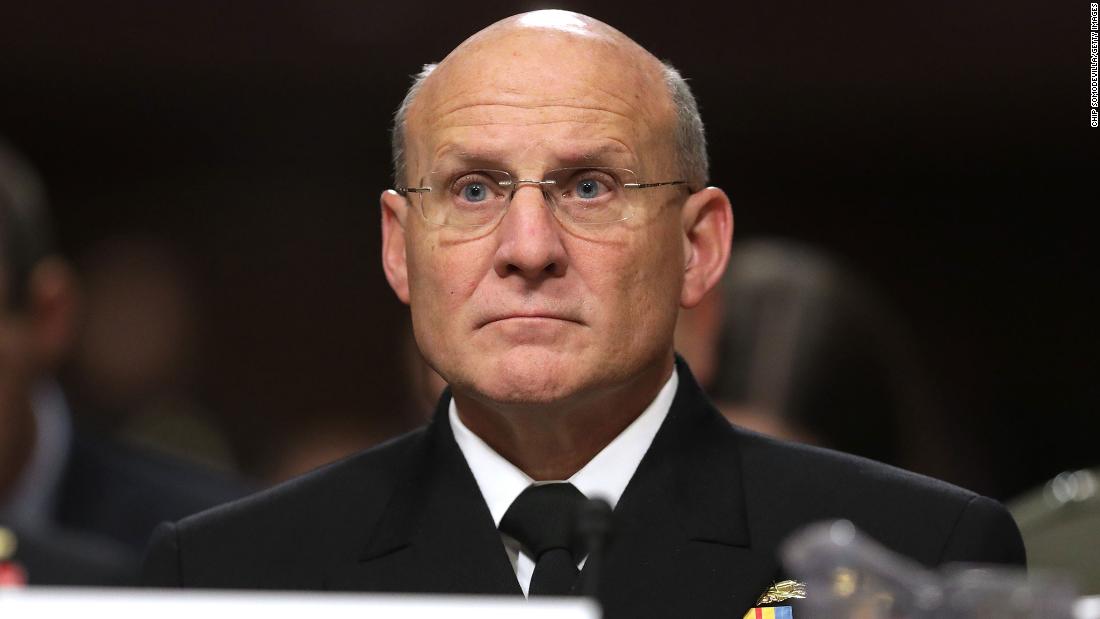 Adm. Michael Gilday was tested for the virus on Friday and although he is negative at the moment, he will be quarantined for several days, the official said.

This situation is why Gilday did not attend the White House meeting with President Donald Trump on Saturday, according to the official.

Participants in that meeting included all members of the joint staff except Gilday and the head of the national guard office, General Joseph Lengyel.

“Lengyel tested positive for COVID on Saturday afternoon but a subsequent test on Saturday was negative. He will undergo a third test on Monday morning to confirm his negative status,” said a spokesman for the Department of Defense.

Gilday has been in the spotlight for the past few weeks as the Navy has sought to combat the spread of the coronavirus and address the fallout from the outbreak of the pandemic aboard the USS Theodore Roosevelt.

The delivery of the epidemic aboard the aircraft carrier – which led to the dismissal of Captain Brett Crozier, the ship’s command officer and the resignation of the then Secretary of the Navy – had been the subject of an initial Navy investigation.

US officials reported to CNN that following this initial investigation, Gilday had recommended Crozier’s reinstatement.

However, while Navy officials expected Defense Secretary Mark Esper to approve Gilday’s recommendations, following a meeting with Esper the Navy launched a broader investigation into the matter.

This story has been updated with further developments.