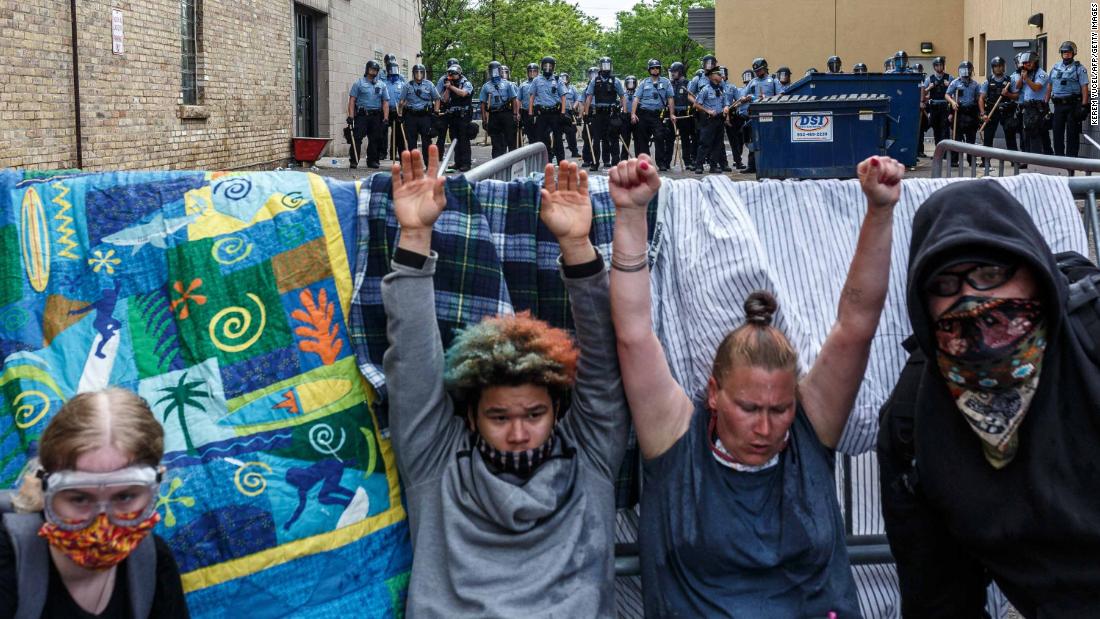 CNN correspondent Josh Campbell, on the scene in Minneapolis, described the scene as the crowd continues to grow.

“There was a community member yelling at people throwing stones at the windows, saying, ‘Don’t do it in my community.’ Not all of us behind us are protesters. Some are trying to keep peace,” he said.

The crowds have been there all afternoon and there seem to be more people tonight than last night.

Numerous large fires are still active, including a car that has been ignited and the air is thick with floating smoke and tear gas.

Previously, police installed a fence around the perimeter of the police department to separate protesters from the district. Since then the barrier has been broken down by protesters.

There are cops on the roofs throwing tear gas into the street, Campbell said. Protesters are responding by throwing stones and glass bottles, throwing firecrackers and using lasers to indicate police officers when it gets dark.