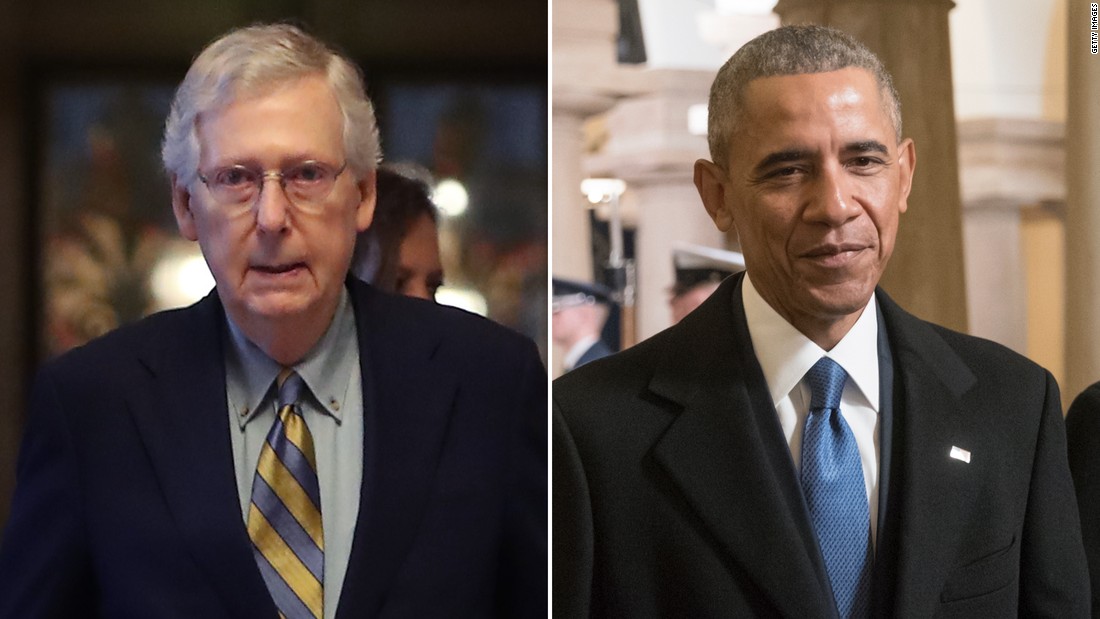 “I think it’s a little classless, frankly, to criticize an administration that follows you,” McConnell said to President Donald Trump’s daughter-in-law, Lara Trump, during a live stream of the Trump campaign. “You shot yourself, you’ve been there for eight years. I think the tradition that Bush created – not to criticize the president who comes after you – is a good tradition.”

His comments come after Obama described the Trump administration’s coronavirus response “an absolute chaotic disaster” during a private Friday call with people who worked for him in the White House. Criticism marked a rare interruption of custom for Obama, who occasionally criticized Trump, such as when he ended Obama’s childhood arrivals program, or DACA, and in the wake of the President’s first executive order for the ban travel.

President Donald Trump, meanwhile, has had a years-long fixation with Obama preceding his presidential campaign and has repeatedly denigrated his predecessor with unfounded conspiracy theories.

On Monday earlier, the president was asked about one of Mother’s Day tweets, where he apparently accused Obama of some kind of conspiracy against his administration.

“Obamagate. It’s been a long time,” he said in the White House, without offering details or evidence. “It’s been happening before I was even elected, and it’s a shame that it happened.”

Speaking in particular of the United States response to the coronavirus outbreak, Obama stated in his appeal with members of the Obama Alumni Association that the actions of the current administration serve as a key reminder why strong government leadership is needed during a global crisis.

The call was intended to encourage former Obama staff to engage more in Biden’s presidential campaign.

“It’s part of why the response to this global crisis has been so anemic and unpredictable,” said Obama.