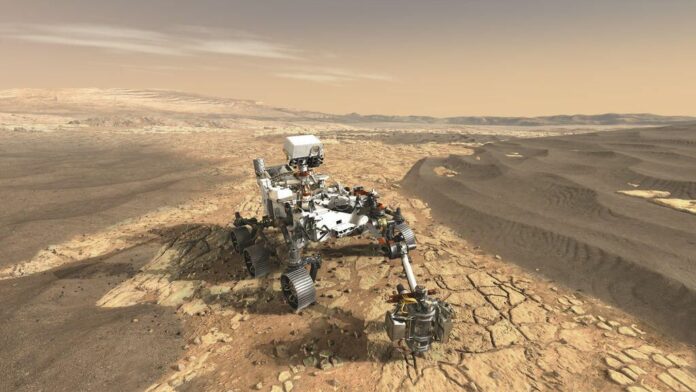 This story is part of Welcome to Mars, our series exploring the red planet.

The third Mars mission in two weeks is ready to launch from Cape Canaveral Air Force Station in Florida. NASA’s newest Mars 2020 rover, Perseverance, is on the launch pad and ready to head for Mars, with a helicopter on board, no less! Current weather conditions are extremely favorable for launch, with an 80% chance of getting off the pad and into space. Of course, you can watch the whole, historic launch live right here. We’ve got a livestream link above and more information about how to follow along below.

NASA will livestream the event as the car-size rover takes off within a United Launch Alliance (ULA) Atlas V rocket. Prelaunch coverage starts at 4 a.m. PT and the two-hour window opens at 4:50 a.m. PT.

NASA announced on July 22 the mission had passed its flight readiness review, which includes a preparedeness assessment of the spacecraft, rocket, procedures and personnel. “Mars is a tough customer, and we don’t take anything for granted,” said the Perseverance mission’s deputy project manager, Matt Wallace.

The launch will depend on weather and technical factors. It was previously delayed from earlier in the month because of technical issues.

From the lab to your inbox. Get the latest science stories from CNET every week.

It’s been almost nine years since NASA sent off its previous rover, Curiosity, to Mars. Perseverance is the most advanced robot NASA has sent to the surface of Mars. Once it sets down in the Jezero Crater — an area with a history of water — the rover will kick off a mission to seek out signs of ancient microbial life.

The rover isn’t going alone. It also carries an experimental helicopter named Ingenuity under its belly.

NASA Perseverance rover ready to explore the wilds of Mars

NASA’s mission is one of several launching to Mars within a limited window of opportunity this year when the red planet is in a favorable position relative to Earth. Missing that window means waiting until 2022 for the next chance. Perseverance could potentially launch as late as mid-August, if necessary.

The United Arab Emirates successfully sent off its Hope probe on July 19, and China launched its own orbiter and rover on July 22. All three missions are scheduled to reach Mars in February 2021.