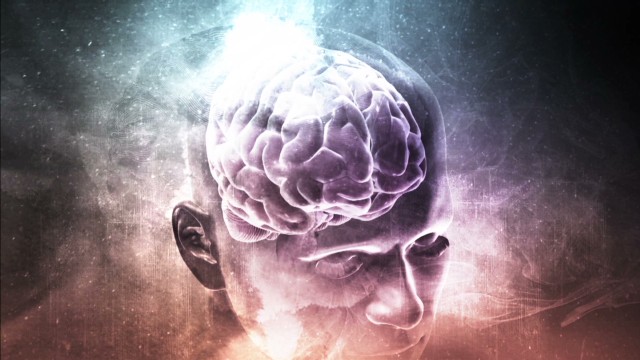 “We propose that repetitive negative thinking may be a new risk factor for dementia,” said lead author Dr. Natalie Marchant, psychiatrist and senior researcher at the mental health department of University College London.

Negative thinking behaviors such as reflection on the past and concern for the future have been measured in over 350 people over the age of 55 over a two-year period. About a third of participants were also subjected to PET (positron emission tomography) brain scan to measure tau and beta amyloid deposits, two proteins that cause Alzheimer’s disease, the most common type of dementia.

The scans showed that people who spent more time thinking negatively had more accumulation of tau and beta amyloid, worse memory and greater cognitive decline over a four-year period than people who were not pessimistic.

But tau and amyloid deposits have not increased in people who are already depressed and anxious, leading researchers to suspect that repeated negative thinking may be the main reason why depression and anxiety contribute to Alzheimer’s disease.

“This is the first study showing a biological relationship between repetitive negative thinking and Alzheimer’s disease and offers doctors a more precise way to assess risk and offer more personalized interventions,” said neurologist Dr. Richard Isaacson, founder of the Alzheimer’s Prevention Clinic at NYork-Presbyterian and Weill Cornell Medical Center, who were not involved in the study.

“Many people at risk are unaware of the specific negative impact of concern and rumination directly on the brain,” said Isaacson, who is also a trustee of the McKnight Brain Research Foundation, which funds research to better understand and alleviate cognitive decline. age-related.

“This study is important and will change the way I take care of my patients at risk.”

“Importantly, this does not mean that a short period of negative thinking will cause Alzheimer’s disease,” said Fiona Carragher, who is responsible for politics and research at the Alzheimer’s Society in London. “We need further investigation to understand it better.”

“Most of the people in the study had already been identified as at increased risk for Alzheimer’s disease, so we would need to see if these findings echoed in the general population,” he said, “and if repeated negative thinking increases the risk of Alzheimer’s disease itself. “

Researchers suggest that mental training practices such as meditation could help promote positive thinking while reducing negative thoughts and plan future studies to be tested their hypothesis.

“Our thoughts can have a biological impact on our physical health, which can be positive or negative,” said co-author Dr. Gael Chételat of Inserm / Université de Caen-Normandie.

“Taking care of your mental health is important, and it should be one of the main public health priorities, as it is not only important for the health and well-being of people in the short term, but could also have an impact on your potential risk of dementia, “said Chételat.

Looking on the bright side

Previous research supports their hypothesis. People who look at life from a positive perspective have a much better chance of avoiding death from any type of cardiovascular risk than pessimistic people, according to a 2019 study. In fact, the more positive the person is, the greater the protection from heart attacks, strokes and any cause of death.
It is not only your heart that is protected from a positive perspective. Previous research has found a direct link between optimism and other positive health attributes, such as healthier diet and exercise behaviors, to stronger immune system is better lung function, among others.
This is probably because optimists tend to have better health habits, said cardiologist Dr. Alan Rozanski, a professor of medicine at the Icahn School of Medicine on Mount Sinai, who studies the health impacts of optimism. They are more likely to exercise, they have better diets and are less likely to smoke.

“Optimists also tend to have better coping skills and solve problems better,” Rozanski told CNN in a previous interview. “They are better at what we call proactive coping, or by anticipating problems and then proactively taking measures to solve them.”

Train to be an optimist

You can tell where you are on the half full or empty glass concept by answering a series of statements called “life orientation test”.

The test includes statements like “I am a supporter of the idea that ‘every cloud has a silver coating'” and “If something can go wrong for me, it will.” Evaluate the claims on a scale from very agree to very disagree, and the results can be added together to determine your level of optimism or pessimism.

Previous research has shown that it is possible to “train the brain” to be more optimistic, a bit like training a muscle. Using direct measurements of brain function and structure, a study found that it took only 30 minutes a day to practice meditation over the course of two weeks to produce a measurable change in the brain.
One of the most effective ways to increase optimism, according to meta-analysis of existing studies, is called the “Best Possible Self” method, in which you imagine or diary of yourself in a future where you have achieved all your life goals and all your problems have been solved.

Another technique is to practice gratitude. Just taking a few minutes a day to write down what makes you grateful can improve your outlook on life. And while you’re at it, list the positive experiences you had that day, which can also increase your optimism.

“And finally, we know that cognitive behavioral therapies are very effective treatments for depression; pessimism is on the way to depression,” said Rozanski.

“You can apply the same principles we do for depression, such as reformulation. You teach that there is an alternative way of thinking or reformulating negative thoughts, and you can make great progress with a pessimist that way.”