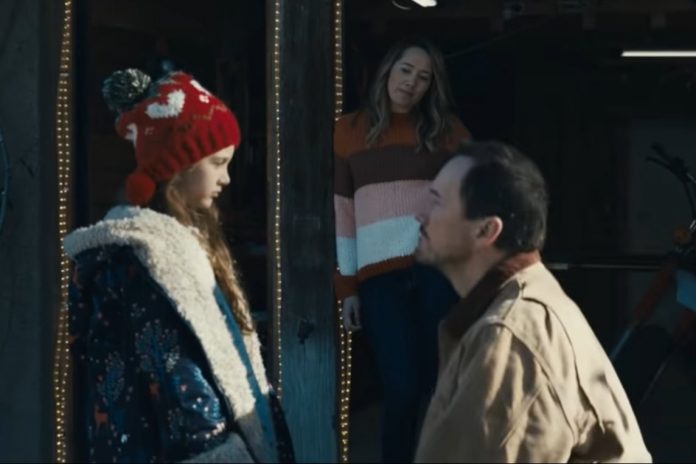 Viewers have hailed the Coca-Cola Christmas announcement this year, with some crying as they wept.

The last minute ad is directed by Taika Vaititi, who has won a scour for her comedy-drama film Jojo Rabbit.

In the ad, a father is shown showing a long and arduous journey to the North Pole, as he ventures through harsh weather to deliver his daughter’s letter to Santa Claus.

A father working on an oil rig is desperate to fulfill his daughter’s Christmas wish. But when he finally arrives at the North Pole, he is saddened to see the “Closed for Christmas” sign.

In the short clip, the father is rescued by a Coca-Cola Christmas truck, which surprisingly brings Santa back home instead of sleeping. He realizes that his daughter is requesting from Santa to come to her father’s house on time during the festive season.

Viewers took to social media to share how they shed tears over the emotional end of the ad.

One Twitter user said: “Thank you @CocaCola, tears at 0700 for your Christmas announcement !!”

Speaking of the end, one man said: “Wow .. Tears welled up when he finally hugged his daughter. Hats off to Coca Cola.”

In a tweet, the company said: “Due to current restrictions across the country, our Coca-Cola Christmas Truck Tour will not go ahead this year.

“We know it’s frustrating, but we’ll continue to share special Christmas moments during the festive season. We look forward to seeing you next year! ”

Equipped with fairy lights and offering free cans of fizzy drinks, the 14-ton truck has been visiting the UK for the past nine years, stopping at shopping malls and supermarkets.

The retailer said it intended to harness the product of its expected annual marketing campaign, but said charity partners persuaded it to move forward.

John Lewis and Waitrose said this year’s announcement, which began on social media at 7 a.m. Friday, is also intended to accelerate further acts of kindness.

He said he hopes the campaign, which runs under the “Give a little love” strapline, will help families in need of Christmas.