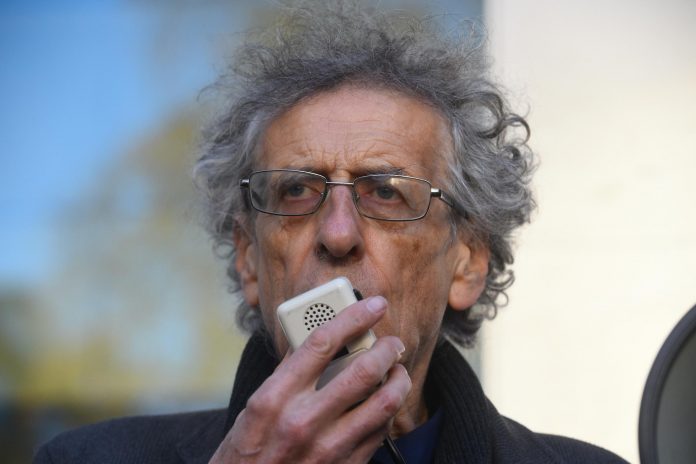 A judge has charged anti-lockdown demonstrator Pierce Corbyn with violating a coronavirus ban.

District Judge Sam Guji said it was incorrect for Corbin, 30, to be charged with violating coronavirus rules on May 20 during a fair in Hyde Park, London, as he had already been issued a Fix-Penalty Notice (FPN). At the beginning of that day.

Defense Adviser Ben Cooper QC, citing a sub-clause of the coronavirus rules, said no action would be taken by the FPN for 28 days until action was taken against anyone who was released with the FPN.

A hearing in Westminster Magistrates’ Court on Wednesday found that Corbyn was released with FPN at 1 p.m., and was charged the following evening.

Prosecutors said the notice issued to Corbyn was not an FPN.

But the judge ruled otherwise, saying the defense had no case to answer in relation to that allegation.

Accused of solitary confinement of breach sanctions on him remains on trial, also related to a separate gathering at Hyde Park on May 16.

Prosecutor David Powell previously told the court that about 100 or more people showed up at a rally near Park’s Speakers’ Corner on May 16 and that it could be presented as an “anti-lockdown” in which those present engaged in protests over “coronavirus and surrounding issues.” Were coronavirus rules ”.

He said he took part in the protest on East Street in south London, Corbyn, by “addressing and encouraging the fight… others gathered around him to hear what he was saying”.

Mr Powell said Corbyn had “deliberately” attended the rally “by way of making a public address” and that he had allegedly “disregarded the advice and counsel of the police during a continuous period”.

Body-wearing police camera footage of the May 16 incident was played in court, showing an officer approaching Corbyn to leave the area.

In the video, Corbyn shows using a megaphone that the Covid-19 is “not an epidemic” and argues that “if it goes that way, we have imposed a big brother society on us.”

He can be heard saying, “Stop me.”

Corbyn was shown handcuffed and surrounded by a group of police officers, while people heard “shame on you”.

Mr Powell told the court the protest was “peaceful and generally good humor”.

The hearing is ongoing.