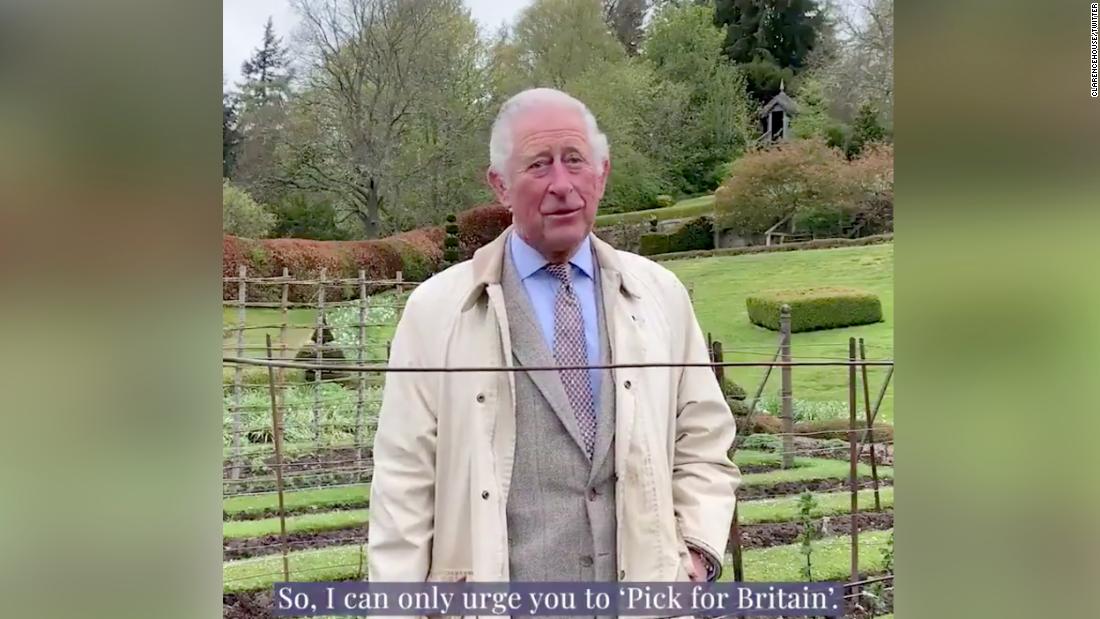 In a video posted on Twitter, Charles, the heir to the British throne, asked people to take on the “not fascinating” task of picking fruit and vegetables to help farmers.

“In this moment of great uncertainty, many of our normal routines and regular life patterns are being put to the test,” he said on camera, promoting the UK government’s Pick For Britain campaign, which is seeking to recruit students or people who have been informed.

“If we want to harvest British fruit and vegetables this year, we need an army of people to help,” he said.

The 71-year-old Duke of Cornwall compared aspiring gatherers to the WWII ground army, where women and girls volunteered or were drafted to undertake agricultural work after many men left the country to fight.

“In the coming months, many thousands of people will be needed to bring the crops. It will be a tough graft but it is extremely important if we want to prevent growing crops from being wasted,” he said.

While the prince admitted that the work would be “uninspiring” and “sometimes inspiring”, he told viewers that it was of “utmost importance” during the coronavirus pandemic.

The real tested positive for coronavirus in March, and has since left self-isolation healthy after consulting a doctor.

Travel restrictions of the coronavirus have led to a labor crisis for the British agricultural sectors which traditionally rely on seasonal migrant workers from Europe.

The UK government has previously claimed to work with industry to help fill what the National Farmers’ Union estimates is about 70,000 seasonal worker roles.