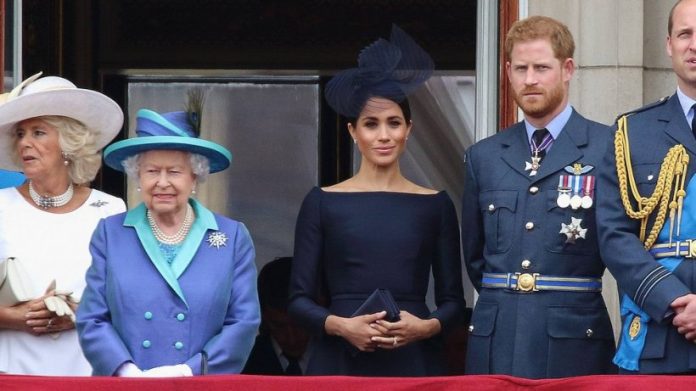 Prince Harry and Duchess Meghan may not be visiting Queen Elizabeth II in Scotland. A visit to this effect was previously reported.

Prince Harry (37) and Duchess Meghan (40) Apparently not going to travel to Balmoral to meet Queen Elizabeth II (96) at her Scottish summer residence. Such a visit had been reported earlier as well. But as the “New York Post” now reports, couples immigrating to the United States should not be on the guest list.

The Sun reported over the weekend that staff at the monarch’s Scottish estate had been instructed to prepare for the royals’ full line-up, including “Harry, Meghan and their children Archie and Lillibet”. However, multiple sources confirmed to the US newspaper that the Sussex family would not move to Harry’s grandmother. The couple will remain in the US until the release of Harry’s highly anticipated memoir in the fall.

Harry, Meghan and the Queen: last meeting in June

Harry and Meghan last saw the Queen in June when they went to the UK to celebrate their platinum anniversary. There he introduced his daughter Lilibet, nicknamed Lily, who was born in the United States in June 2021, to the monarch for the first time. Queen Elizabeth also visited her great-granddaughter and namesake twice. However, there was no meeting with Harry’s brother Prince William (40), his wife Duchess Kate (40) and their children. Although migrants are said to have invited her to Lillibet’s first birthday at her British home, Frogmore Cottage, the Cambridges were away in Wales on official business.

The Queen arrived at Balmoral Castle on 21 July and will be staying at Craigowan Lodge for ten weeks. The rustic stone house is said to have been fitted with a wheelchair-accessible lift, and the queen has been struggling with mobility problems for some time.