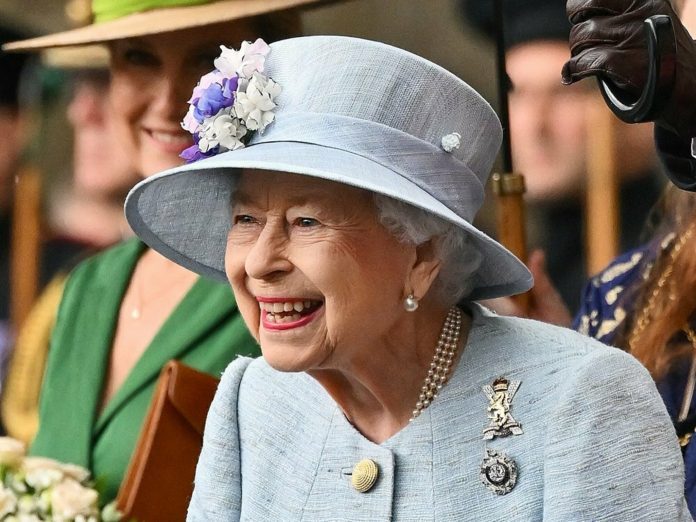 Queen Elizabeth II is back on stage. For the first time since the platinum anniversary, she has now appeared in public again. At a traditional ceremony in Edinburgh, Scotland.

Queen Elizabeth II, 96, appeared in public for the first time since her platinum anniversary on Monday in Edinburgh, Scotland. It was only on Monday morning that it was confirmed at short notice that the Queen would be present at the ceremony of the keys. Due to their limited mobility, their official appointments have been announced only a few hours in advance. According to British media reports, he attended the official opening ceremony of the so-called Holyrood Week with his youngest son Prince Edward (58) and his wife Countess Sophie (57).

The current mayor had symbolically handed him the keys to his city. However, tradition dictates that the Queen immediately releases the key and hands it over to Edinburgh’s elected officials for safekeeping. The Queen is expected to remain in the Scottish capital until at least Friday.

The highlight of the celebration of Royal Week is set to be the garden party at Holyrood House, the Queen’s official residence in Edinburgh. However, in May it was announced that the Queen would not attend. There he is represented by his heir to the throne, Prince Charles (73). The party’s organizers are their children Prince Charles, Princess Anne (71) and Prince Edward. Their third son, 62-year-old Prince Andrew, is not welcome at the ceremony because of his involvement in the Epstein scandal.