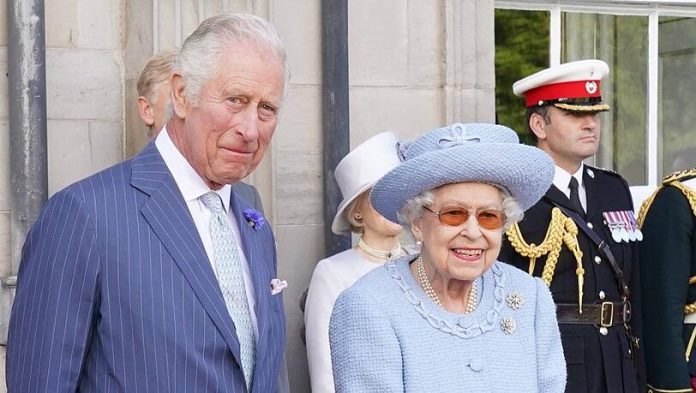 Queen Elizabeth II (96) made another official appointment during her stay in Scotland as part of Holyrood Week. Several photos show the Queen apparently in a great mood after a parade next to her son, Prince Charles, 73. The royals also shared some footage on Instagram – Among other things on the official account of Charles and his wife, Duchess Camilla (74),

In the gardens of Holyrood Palace, the Queen’s official residence in Edinburgh, the two took part in a so-called “redendo” parade. More than 320 members of the Royal Company of Archers, the Queen’s formal bodyguards in Scotland, presented themselves to the royal family. According to a BBC report The Queen watched from a chair as Charles greeted participants in the parade. Several guests were also allowed to watch the spectacle on site.

At this point you will get the outer material (Glomex). You can display and hide the content of this provider with one click.

Queen Elizabeth II did not attend the garden party

The Queen has been in Scotland since Monday. According to media reports, she had not attended any garden party a day before. It was known in May itself that the queen would not be there. He was represented by his children Charles, Princess Anne (71) and Prince Edward (58) and his wife Sophie (57). Because of their limited mobility, the Queen’s official appointments for the time being are only announced a few hours in advance.