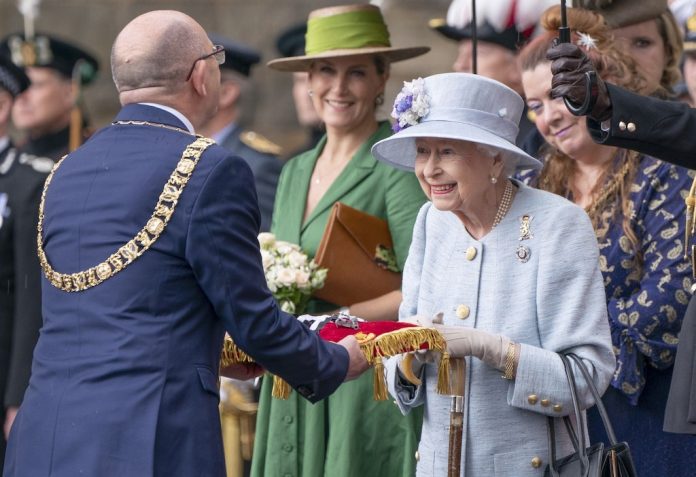 Queen Elizabeth II (middle) in Edinburgh at the Ceremony of the Keys.Jane Barlow/PA Wire/DPA

Edinburgh,Queen Elizabeth II has appeared in public at an appointment for the first time since her platinum anniversary. The British Queen, dressed in a powder blue suit, smiles as she welcomes him to the keys ceremony in the Scottish capital Edinburgh on Monday.

In early June, the Queen made three appearances on the balcony of her London residence, Buckingham Palace, during the celebration of her 70th birthday. Hundreds of thousands cheered the Queen, who was clearly impressed by the reception. The head of state has been suffering from mobility problems for months and has therefore repeatedly canceled official appointments. For her anniversary, Elizabeth pledged that she would continue to serve the country as “supported by my family”.