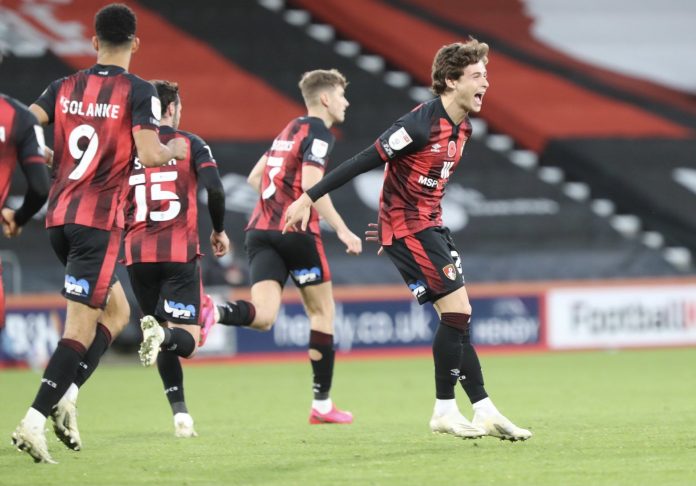 The Spanish winger, on loan from Atletico Madrid, came off the bench to seal a 1-1 draw for the hosts against Derby at Vitality Stadium.

The draw meant the Cherries advanced by 17 points in their opening nine league games.

Following the Reading defeat against Coventry on Friday night, Cherries became the only club in the league not to lose in the top four divisions of English football.

Jason Tyndale’s team made three changes that led to the last 1-0 victory over Bristol City.

Arnat Danjuma was recalled along with Philip Billings and Diego Rico after he came off the bench to score in the encounter.

Dan Gosling and Joshua King fell on the bench, while Lloyd Kelly, who was on the ground, dropped out of the match day group.

The derby, who had won only once in total before moving to the south coast, welcomed former England star Wayne Rooney back after completing a period of self-separation.

The former Manchester United man came in contact with someone who tested positive for COVID-19.

And Rooney contributed to the first goal for the Rams with five minutes on the clock.

After Jason Knight’s pass was picked up, a neat flick from the visiting captain gave Martin Waghgorn a chance to strike – his attempt just went over the bar.

Rooney then got a chance to show off his prowess from the set-piece. After Philip Billings’ nonsense, England’s leading goalkeeper whipped the devil’s ball, which was ahead of Matthew Clarke.

Billings Rams then went to referee Rob Jones’ book after sliding on midfielder Knight – and took the lead on the far side after the resulting free-kick.

Rooney’s strike was blocked by Solank in the wall, but, after wandering madly in the box, Shini’s shot missed Steve Cook’s side and knocked out Asmir Begovic in the 14th minute to open the scoring.

Cherries struggled to get through the gears during the opening half hour.

His best chance came after Dominic Solanke allowed an increased run to be clipped to the back post for Jack Stacey.

Wingback went into a dangerous position but his efforts were taken into the hands of keeper David Marshall.

Solank tried to get something done for the hosts before the break. After catching the ball and exchanging passes with Adam Smith, the former Chelsea man chased well.

Cherries’ best move came at the end of the first half. After playing a throw ball through billing for junior Stanislas, the winger cut the ball behind Solank.

But the former Chelsea frontman was ruled out by a point-blank save from Marshall.

Tyndale did not hesitate in the interval – introduced the king instead of Stanislas. The hosts saw many balls of the second period delighting the visitors by sitting deep and on the counter.

With 64 minutes on the clock the cherries came to a worryingly close drawing level.

Lewis Cook’s pass gave Danjuma a chance to take part in the goal – his physical effort was indicated on the post by Marshall and Solank failed to fire on the follow-up.

David Brooks then returned to his eagerly awaited Cherries. He replaced Jack Stacey with just over 20 minutes left, while the hosts turned into a back four.

Ricklam then replaced Billings in the final throw of Tyndale’s dice. And it was the Spaniard who almost got a lever with the first touch. Ricklam had a mark on the side-foot Rico’s manning cross home, to seal a point for his side.

A heroic period by Steve Cook stepping out of line at the other end, then ensuring the loot was shared – Lee denies Buchanan with five minutes left in the center.