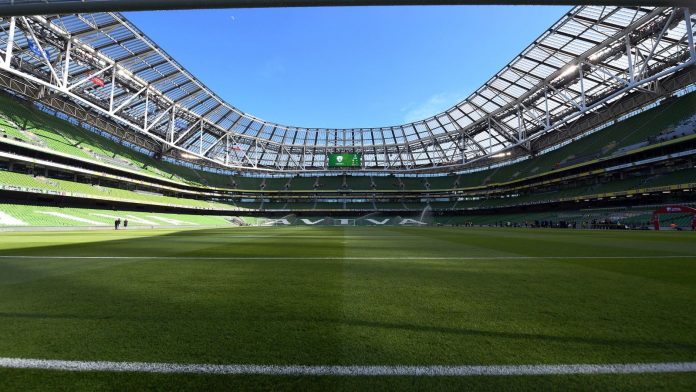 Five players from the Republic of Ireland have been ruled out of Sunday’s Nations League match against Wales, while one of them tested positive for coronavirus.

The player in question tested negative for the virus on Monday before giving a positive test on Friday.

The FAI said in a statement that the other four players, known as Gaa Close Contacts with the man, were standing down from Sunday’s match.

The statement read: “Stephen Kenny’s Irish team has achieved a positive COVID-19 test result after a recent round of UEFA tests before today’s Nations League game against Wales at Aviva Stadium.

“Four other players were identified as close contacts in this positive case in a conversation with HSE late last night and they are standing in the match-day squad for today’s match against Wales.”

The news comes three days after strikers Aaron Connolly and Adam Idah were withdrawn from the squad – Connolly was due to start – hours before the Euro 2020 play-off semi-final clash with Slovakia, who lost 4-2 to Ireland. Fine.

The decision was made after a member of a non-football staff team tested positive in Bratislava.

However, the FAI has revealed that the test actually yielded a “false positive” result.

The statement continued: “In a separate development, the FAI may now disclose that a staff member who tested positive for the Covid-19 in Bratislava on Wednesday may have received a ‘false positive’ result.

“Two more tests conducted on the person on Saturday have not confirmed the presence of COVID-19. The results have been reported to HSE and UEFA. The FAI will now discuss the issue with UEFA.

“In light of these developments, the FAI clarifies that it adheres to all UEFA and HSE Covid-19 guidelines regarding the availability of players and the well-being of employees around Slovakia vs Republic of Ireland.
Fixtures in Bratislava on Thursday night. “

Development manager Stephen Kenny is facing a major reshuffle ahead of Wales’ game and Wednesday evening’s trip to Finland.

The statement said: “Manager Stephen Kenny will review his options for the UEFA Nations League game in Finland on Wednesday after the current fixtures against Wales. The FAI will then review all Covid-19 protocols with UEFA and HSE.
Finland game. “