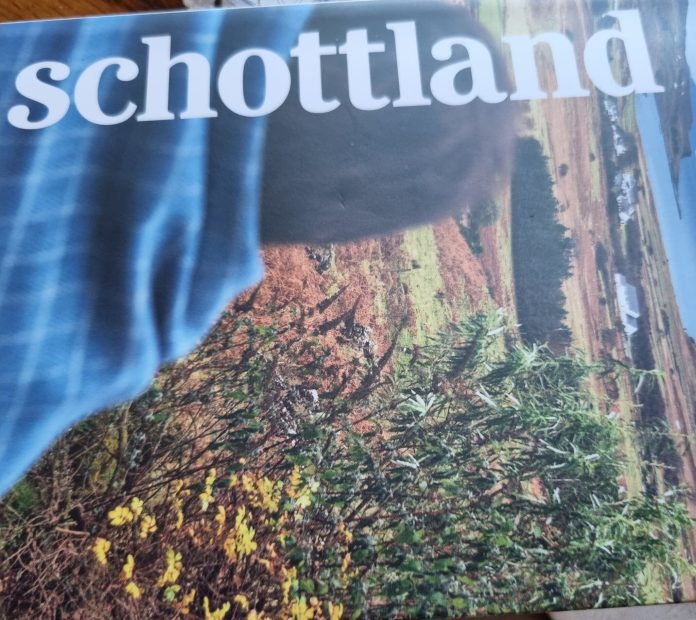 After breakfast on July 1. The tour continued.
The path took us through infinite expanse. It was wonderful to see the landscape.

Mountains up and down again. But with our driver Christian, no one needed to be afraid. The further we went north, the more difficult the landscape became. Despite this, Heather still grew up here. We traveled to the most spectacular north-west coast and experienced “pure nature”.

It is the cleanest landscape of Europe, mountains, valleys, lakes, swamps and rivers.

Sheep, cattle, birds and deer were often the only creatures we could see.

The first major stop was at a spring in the village of Garve.
Called – “Korishaloch” (Grove) a must-see and rewarded

On the way there was a nice little fountain full of loose change. Would have been good wishes.

Our second stop was Smoo Cave. (Smo Cave). an underground watercourse also seen at the entrance to the earth

Was able to inspect at the exit.
After several raids we reached Thurso, a small fishing town. here we had to stay overnight

2.7 Should we experience yet another highlight of our trip to Scotland, it worked
To

We walked along the coast with a beautiful view of the mountains and the sea.

First we did with a short stop for the mysterious Ring of Brodgar, with 20 of the 60 stones still standing, one might imagine swaying toward sunrise.
Our target then was the well-preserved Stone Age village “Skara Brae”.

Skara Brae (after all, the settlement was inhabited for 500 years) was hit by a sandstorm, just like Pompeii, which was the victim of a natural disaster that buried the village for 4000 years. In 1850, after a sandstorm, it was rediscovered. A unique experience, to

See how people lived so many years ago. This once in a while in Scotland is not to be missed.

After that we went to Kirkwall. We wanted to visit St. Magnus Cathedral, built of red sandstone. But unfortunately there was a wedding at that time and we were not allowed in. It was raining at that time too. We were always really lucky – we were either on the bus or in the hotel.

But a short walk to the Earls Palace certainly had to be done before going back to Thurso.