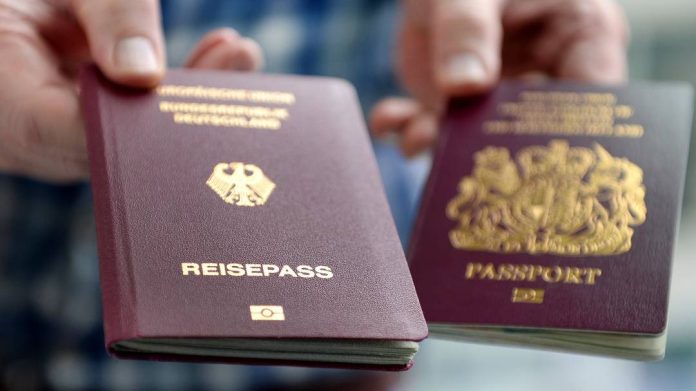 Edinburgh. A month before the end of the possibility of registering EU citizens in Britain after Brexit, Scotland is asking for an extension of the transition period. Thousands of EU citizens in Scotland still have not applied for the so-called EU Settlement Scheme (EUSS), Scottish Europe Minister Jenny Gilruth said on Saturday.

Since Brexit, EU citizens, like other citizens, have required a visa to live or work in Great Britain.

Those who lived in the country before the end of 2020 can apply for EUSS until the end of June, which guarantees them largely the same rights even after Brexit – such as the right to live and work and access to the health system.

There are many problems without endowment plan

“The risk would be life-changing for EU citizens who do not apply for EUSS by June 30,” Gilruth said. “They can no longer work, study, claim benefits, drive or open a bank account. In short, his life will be turned upside down.” Extending the deadline is a simple and practical way to avoid reprehensible consequences.

The Scottish government wants independence from Britain and a return to the European Union. The message to all EU citizens in Scotland is: “Scotland is your homeland, you are our family and we want you to be with us,” Gilruth said.

According to the latest figures, 5.4 million people have applied for EUSS so far, including 268,500 in Scotland. Across the country, 4.9 million applications were accepted.

But civil rights activists have warned of a huge backlog. According to you, around 20,000 applications are processed every month. So waiting people may have problems during the transition period if they are looking for an apartment or want to open an account.