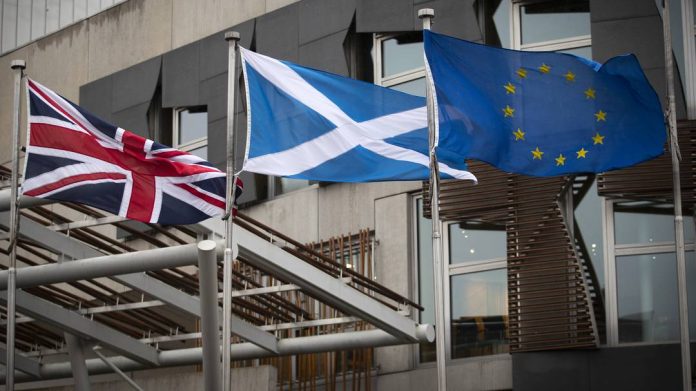 Edinburgh. In dispute over a new independence referendum, Scotland sends a new suggestion against the British government. In addition to the Scottish flag, the flag of the European Union is constantly fluttering on government buildings – but not the British “Union Jack”. Scotland no longer belongs to the EU since BrexitBut still part of the UK.

The regional government in the Edinburgh German Press said, “The flag of the European Union flies to reflect the overwhelming vote of the Scottish people to stay in Europe and to show solidarity with the hundreds of thousands of EU citizens who still support Scotland. Call it your home.” with agency. The British flag will be flown only on “certain dates and occasions”. The same will continue to happen in future also.